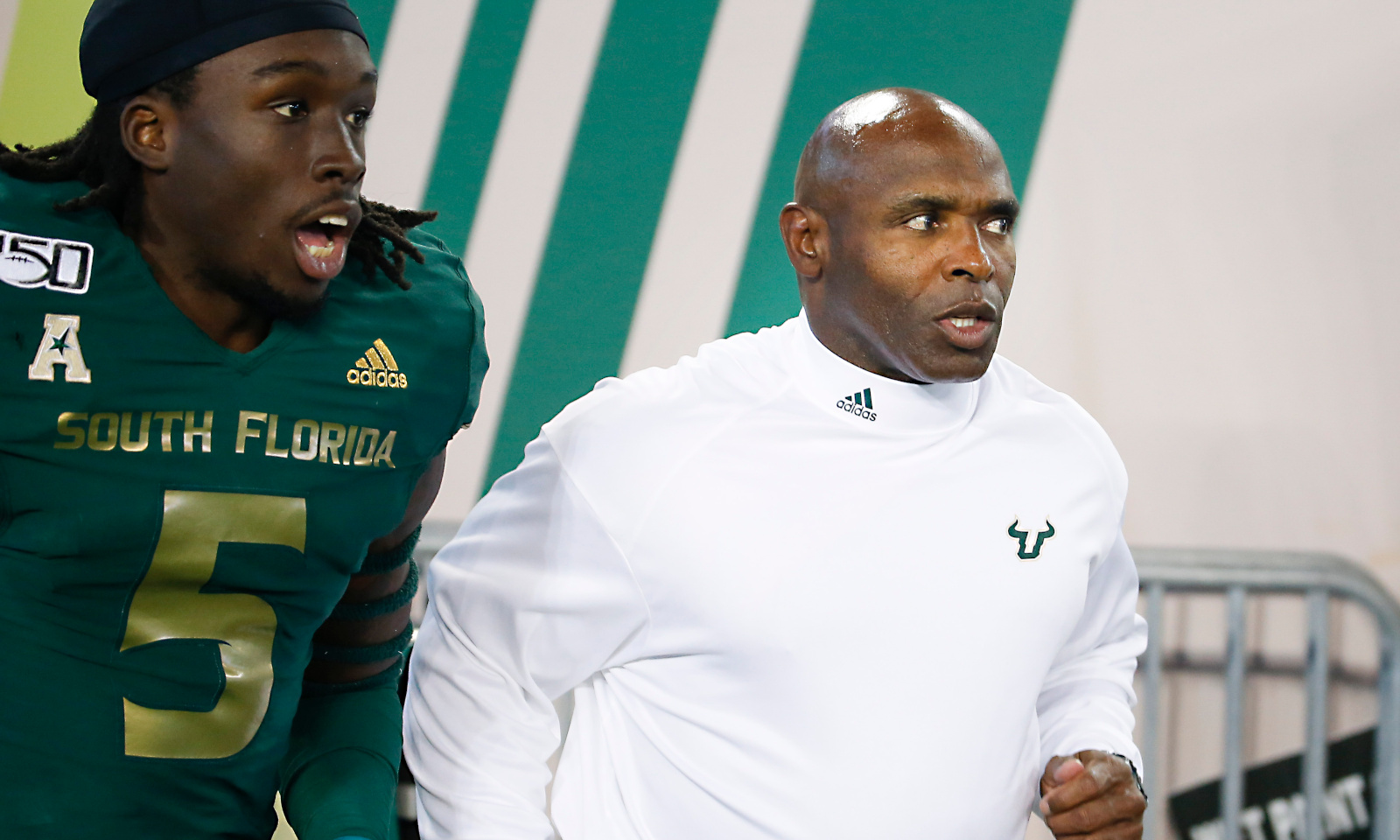 Could another piece be in the making for Alabama’s coaching staff?

Fans of the Crimson Tide would not mind seeing it happen, as Charlie Strong looks to have interest in working with Nick Saban.

According to Aaron Suttles of The Athletic, Strong was on the University of Alabama campus on Thursday visiting with the Tide’s coaching staff.

The 59-year-old is regarded as one of the best defensive minds in college football and despite having some success as a head coach, Strong’s biggest marks have come as a coordinator.

Although it failed to reach the title game in 2009, the Gators allowed just 12.4 points and 252.4 yards offensively to opponents that season.

Strong has 11 years of experience at defensive coordinator and as a head coach, he focused on that side of the ball.

He served as head coach for Louisville, Texas and South Florida. Strong was fired after three years with the Bulls.

If Alabama is able to land Strong, it becomes much-needed help for Pete Golding. After having some troubles last season, Strong would serve as a mentor to the 36-year-old. The Tide wants to return to being dominant on defense and having a proven force making the calls is certainly ideal.