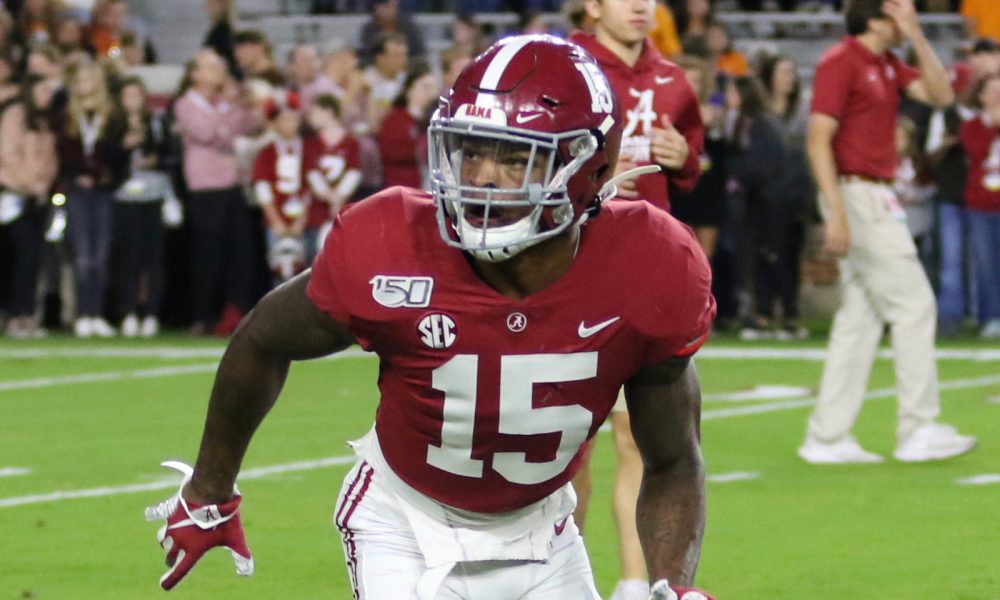 No other defensive back meant more to its team than what Xavier McKinney meant to Alabama football last season.

As one of the four permanent team captains from 2019, McKinney carried the defense on his back and ran everything from his safety spot.

He gives the National Football League a complete package at his position, in terms of his ability to tackle, cover, create turnovers and pressure quarterbacks. Despite not being a finalist for the Jim Thorpe Award, the native Georgian stuffed the stats sheet – totaling a team-high 95 tackles (5.5 for loss), three sacks, five breakups, five quarterback hurries, four forced fumbles, one blocked kick, three interceptions and one touchdown.

It was not the defense fans were accustomed to, but McKinney paced Alabama to a top-20 unit in scoring and total defense.

RELATED: Tua Tagovailoa reveals the NFL team he would love to play for

Between he and Grant Delpit of LSU, some NFL Draft analyst believe there is not much separation between the two.

Daniel Jeremiah of NFL Network refers to McKinney as the best safety in this class, and he intends on displaying his skill set at the NFL Scouting Combine.

He was on a College Football Playoff National Championship team in 2017 and a Southeastern Conference title team in 2018.

McKinney projects as a top-15 to top-20 pick for the upcoming draft in April.