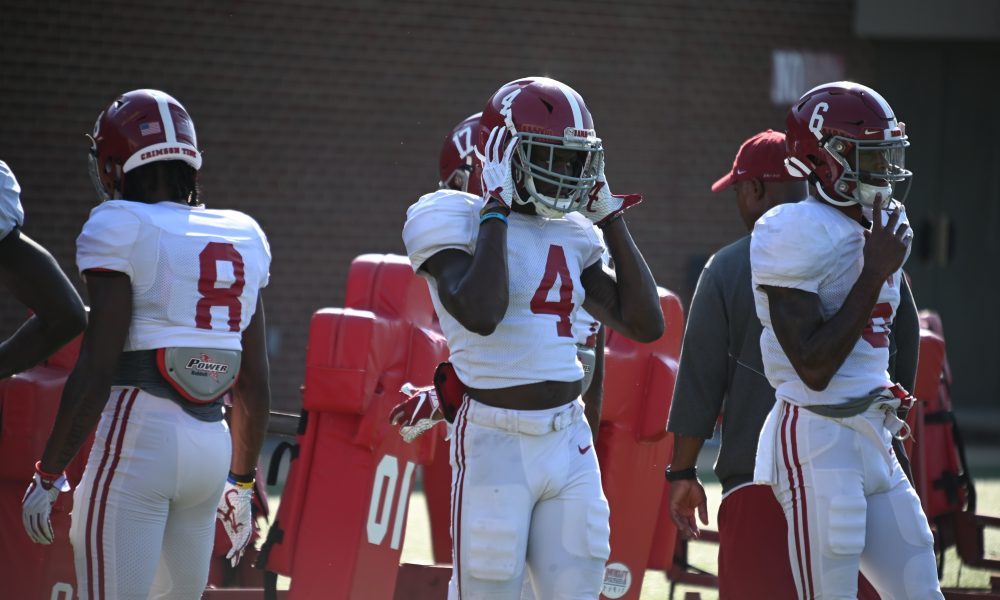 Former Alabama wide receiver, Jerry Jeudy, sat down with Hall of Fame wide receiver, Andre Reed, recently to discuss some of the challenges of playing in the National Football League.

Reed played in the NFL for 16 years. 15 of those years were with the Buffalo Bills and one was with the Washington Redskins. The Pennsylvania-native pulled in 951 receptions for 13,198 yards and 87 touchdowns during his career.

Jeudy and Reed went back and forth as the Biletnikoff Winner asked Reed questions about transitioning into the NFL, staying healthy at the next level and more.

.@ProFootballHOF WR @Andre_Reed83 sat down with @jerryjeudy to give the Bama star some wisdom ahead of the 2020 NFL Draft ✍️

Jeudy will compete at the 2019 NFL draft Combine on Feb. 27 in hopes that he can be one of the first wide receivers off the board, which he is projected to be.