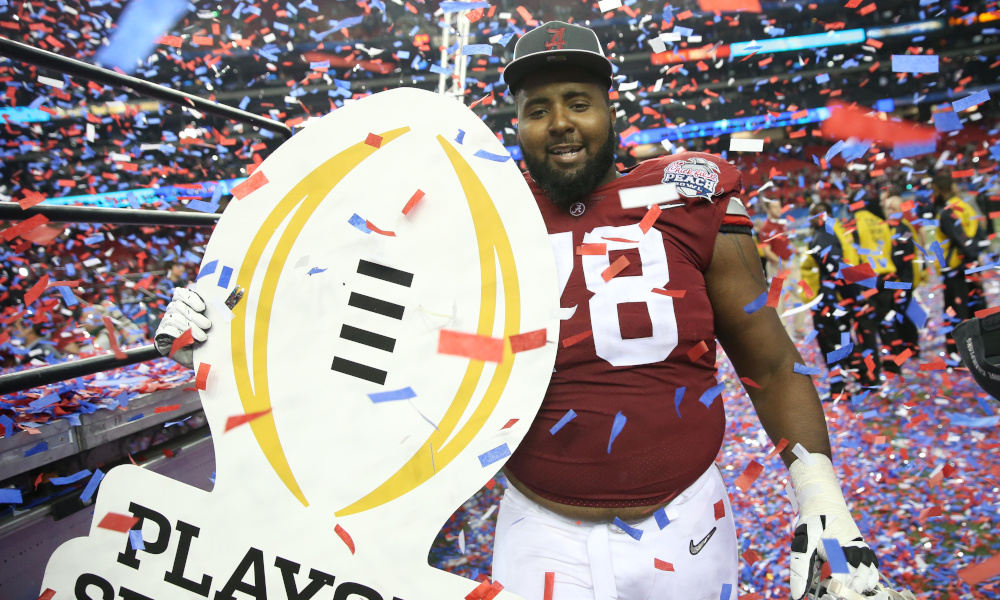 Prior to its week six matchup against the Tampa Bay Vipers, the St. Louis Battlehawks added a new player to its roster on Tuesday.

Due to expanded rosters …

Korren Kirven, former Alabama offensive lineman, joined the team as he looks to continue his professional career. After things didn’t work out in the National Football League with the New York Jets, Carolina Panthers and Tampa Bay Buccaneers, Kirven is giving the XFL a chance.

Once a four-star from Lynchburg, Va., he arrived at the University of Alabama in its 2012 signing class.

He came in as a defensive lineman, but injuries to the Crimson Tide’s offensive line created an opportunity for him. Kirven was a reserve offensive tackle in 2015 and a starting right guard in 2016. The 6-foot-4, 311-pounder was on four Southeastern Conference title teams (2012, 2014-16) and two national championship squads in 2012 and 2015.

Best wishes to Kirven in the XFL.

Seahawks guard D.J. Fluker shows off strength by pulling a truck
Titans release RB Dion Lewis, could this mean a huge contract for Derrick Henry?
To Top
%d bloggers like this: