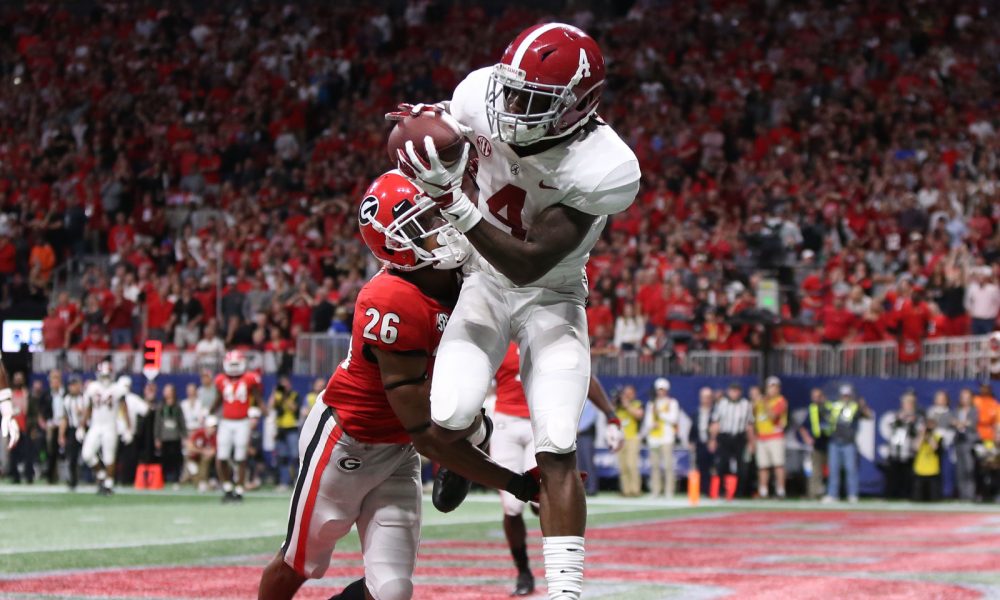 Whether he chooses to be referred to as Chad Johnson or Chad Ochocinco, the Miami (Fla.) native and alumnus of Oregon State University carved out a strong professional career.

After one season with the New England Patriots (2011) and spending a few months with the Miami Dolphins prior to the start of the 2012, he tried his hand at the Canadian Football League and an American Football League in Mexico before calling it a career. Johnson was known for his footwork, route running concepts and great hands at the position.

In passing on his knowledge to the next generation, he is currently working out with Jerry Jeudy.

Jeudy, who hails from Deerfield Beach, Fla., was a five-star prospect in Alabama’s 2017 recruiting class. He was on the Crimson Tide’s national championship team as a freshman; however, he came to life in the following season. With Tua Tagovailoa at quarterback, Jeudy exploded for a team-high 68 receptions for 1,135 yards and 14 touchdowns. Not only did he anchor the program in all three categories, but he was also named first-team All-SEC and consensus All-American.

He led Alabama in catches last seasons (77) and had 1,163 yards with 10 scores, to pick another first-team All-SEC honor.

At his position, Jeudy is fifth all-time in Alabama history for receptions (159), fourth in receiving yards (2,742) and second in touchdowns (26).

Much like Johnson, he is known for his route running, strong hands and manipulation of defensive backs in the passing game.

RELATED: Jerry Jeudy sounds off on critics who question his lateral quickness

The 6-foot-1, 193-pounder recorded a 40-time of 4.45 seconds at the NFL Scouting Combine, while displaying a 35” vertical at 10-foot broad jump. According to NFL.com, Lance Zierlein compared Jeudy to former NFL standout, Santonio Holmes.

A native of Belle Glade, Fla, Holmes was a national champion wide receiver in 2002 with Ohio State. He was taken in the first round of the 2006 draft by the Pittsburgh Steelers. He spent four years with the team – including a massive season in 2009, where he recorded his first career 1,000-yard performance. Holmes totaled 1,248 yards with five touchdowns on 79 catches, helping the Steelers capture a Super Bowl championship.

Like Jeudy and Johnson, Holmes was also huge on executing the route tree. He has spent time with Johnson, Antonio Brown and received praises from Cris Carter and Deion Sanders.

Everyone is excited to see what Jeudy becomes at the next level.

He looks to hear his name called early on Thursday, April 23 at Paradise, Nev.