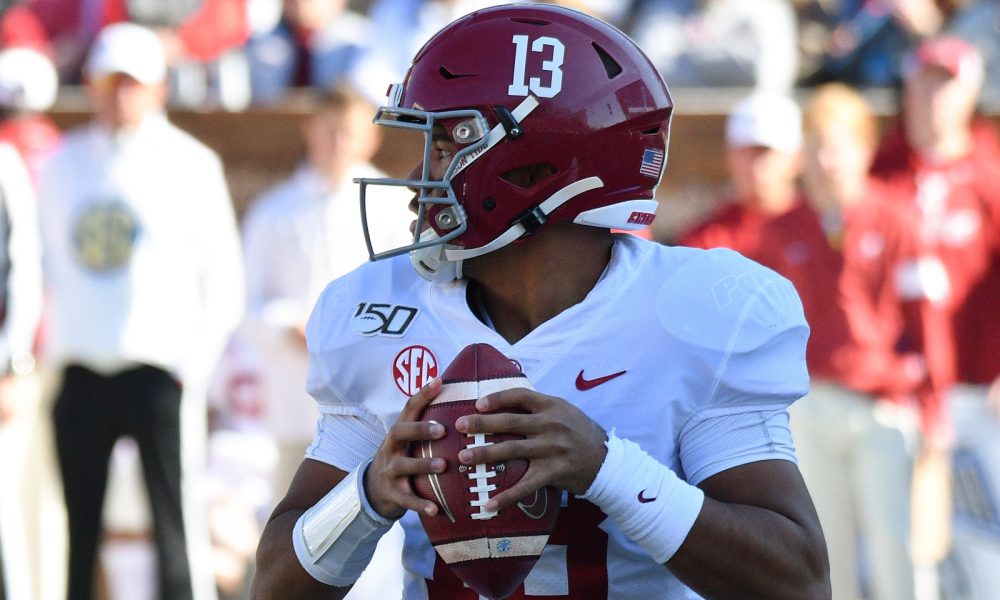 He was a fan favorite at the University of Alabama for three seasons and prior to him becoming the face of an NFL franchise, Tua Tagovailoa has an endorsement deal as the new face of a very popular protein powder.

Darren Rovell of the Action Network broke the news on Thursday of Tagovailoa inking a deal with Muscle Milk.

The product comes in a variety of flavors and it is used to help the condition the bodies of not just athletes, but others as well. Tagovailoa follows Henry Ruggs III as the second former Crimson Tide player land an endorsement deal prior to the NFL Draft.

Ruggs signed a deal with Adidas on March 7.

RELATED: Jalen Hurts talks his preparation for NFL Draft, names Steve McNair as the QB he looked up to

The native Hawaiian set records at Alabama, helped the program to a national championship and made everyone around him better.

Tagovailoa projects as a top five to top-10 pick and looks forward to hearing his name called next week.