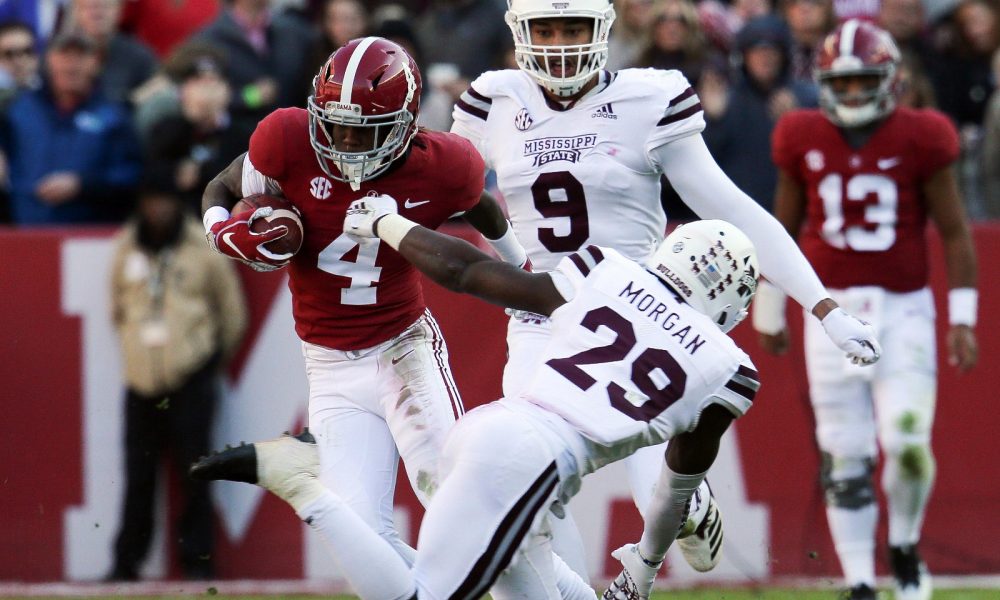 Will this scare teams away from him?

The Wonderlic Test scores for wide receivers are back and one of the top three prospects in the NFL Draft made the lowest score. Jerry Jeudy of Alabama recorded a nine. Once a five-star from Deerfield Beach (Fla.) High School, he is regarded as the best route runner and most complete receiver in the draft. Jeudy had two 1,000-yard seasons for the Crimson Tide and earned the Fred Biletnikoff Award – nation’s top receiver – for his performance in 2018.

While some teams may be bothered by the score, standardized tests aren’t for everyone.

Players such as Kyler Murray, Bobby Wagner, Tavon Austin and Frank Gore had low scores, but still turned in great production. Murray, the No. 1 overall pick of the 2019 draft, was the NFL’s Offensive Rookie of the Year last season.

He made a 20 on the test, though the average for quarterbacks is 25.9. Wagner, who made an eight on the Wonderlic, has been the leader of the Seattle Seahawks defense since getting drafted in 2012. He is a six-time Pro Bowl selection, five-time All-Pro first-team, Super Bowl Champion and NFL 2010s All-Decade Team honoree.

Although the average score for receivers is 19.7, Jeudy is more so concerned about showing teams his ability to manipulate defensive backs on the field. As long as he continues breaking ankles, catching passes and scoring touchdowns, he will have a prolific career in the pros.