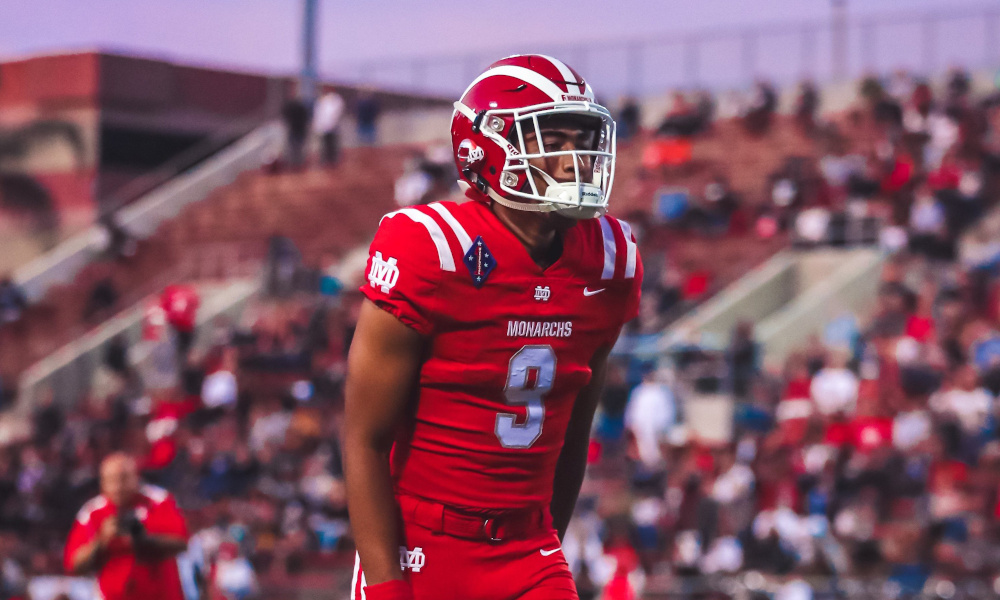 It was not overly surprising, but huge news nonetheless hit Alabama football on Friday.

Taulia Tagovailoa, younger brother of Tua Tagovailoa, entered his name into the NCAA transfer portal. A four-star quarterback from Thompson High School in Alabaster, Ala., he was a highly-touted prospect and an intense competitor.

After watching his brother rescue Nick Saban and the Crimson Tide to a College Football Playoff National Championship in the 2017 season, fans were very excited to see what the younger Tagovailoa would bring to the table in Tuscaloosa.

An injury to Tua versus Tennessee last year led to Taulia not getting redshirted.

In five games, he completed nine of 12 passes for 75 yards – including one touchdown to DeVonta Smith against Western Carolina. If not for the coronavirus pandemic, Alabama would have had spring practice and Tagovailoa would be in a situation to find out where he stood in the pecking order. Instead, he has decided to take his competitive fire and talents elsewhere.

Although Mac Jones is in position to start week one of Alabama’s season, Tagovailoa’s choice has opened the door for Bryce Young. Despite him being listed at 6-feet and 190 pounds, rumors have stated that Young has added more weight since the pandemic. A native of Pasadena, Calif., Young was nothing short of incredible at Mater Dei High School. He led the Monarchs to a state championship in 2018 and took the program back to the title game in the following season.

Young got invited to the U.S. Army All-American Bowl in San Antonio, Texas, and became the star of the event.

He completed six of nine pass attempts for 169 yards – including two scoring tosses to deliver a 33-20 victory to the West All-Stars over the East All-Stars. Young outdueled D.J. Uiagalelei of Clemson and was voted Offensive MVP for his performance.

Seeing how players like Johnny Manziel, Jalen Hurts, Tua Tagovailoa, Trevor Lawrence and Marcus Mariota all excelled as freshman signal callers, Alabama hopes to have the same fortune with Young under center.

Despite the experience of Jones and Saban’s appreciation for experience, Young has the element of surprise. Defensive minds were not prepared for Manziel, Hurts, Tagovailoa, Lawrence and Mariota upon them entering the college game. Teams had to learn on the fly of how to limit their production and more times than not, it was a constant struggle. Manziel, who won the Heisman Trophy as a freshman, had his greatest outing versus the Tide in 2012 at Bryant-Denny Stadium.

Hurts was the Freshman of the Year and Offensive Player of the Year for the Southeastern Conference in 2016, while both Tagovailoa and Lawrence won national championships as freshmen. Not having spring football may actually be a blessing in disguise for Young, as no one got the chance to really study him. He will get a shot to turn heads and show that a national title will come from him at the quarterback spot.

Jones is going to be hard to dethrone; however, Young loves a good challenge.