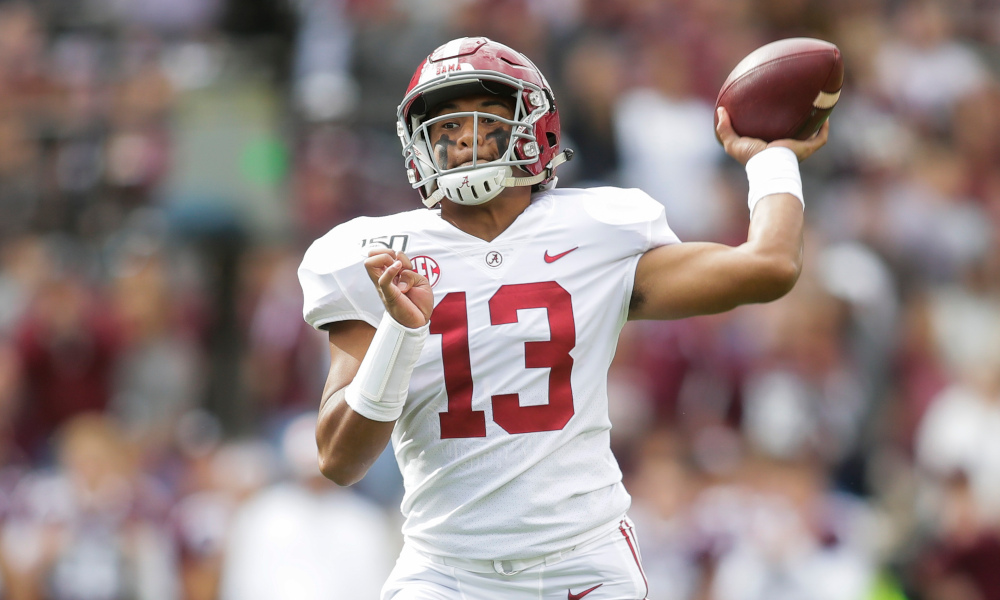 He has a $30 million contract, the highest-selling NFL jersey and a host of endorsement deals; however, Tua Tagovailoa is preparing himself to soon take his first snap at quarterback for the Miami Dolphins.

A native Hawaiian, he was selected at No. 5 overall in this year’s draft and the organization is very excited to have him. Miami has not had a superstar under center since Dan Marino, but it believes it has struck gold with Tagovailoa.

Once a five-star in the 2017 recruiting cycle, he chose to attend the University of Alabama and be an offensive signal caller for Nick Saban.

Despite injuries, he would have a sensational collegiate career that included a Southeastern Conference Championship, a national title, All-American honors, status as a Heisman finalist, first-team All-SEC, SEC Offensive Player of the Year, Maxwell Award and Walter Camp honor.

Tagovailoa accounted for 7,442 passing yards and holds the all-time record for touchdown passes (87) and total scores (96) in Crimson Tide history. Former NFL great, Mike Vick was on The Herd with Colin Cowherd via Fox Sports 1 on Friday. The topic was Tagovailoa and Vick, who was also an exciting, left-handed quarterback, said the first-round pick should start week one for the Dolphins.

.@ColinCowherd: Would you play Tua early?@MichaelVick: You’ve got to play him early… I expect him to be the starter Week 1. Just watching him throw the football there, he reminds me of Steve Young pic.twitter.com/NGFJxQAqdJ

Vick praised Tagovailoa’s accuracy and ball placement. He even co-signed the thought everyone has of Tagovailoa, in comparing him to Steve Young. As another decorative lefty, Young won three Super Bowls with the San Francisco 49ers and was known for his accuracy and mobility.

While the Dolphins have Ryan Fitzpatrick on the roster, the fans want to see what the future holds with Tagovailoa.

He’s recovered tremendously from the hip injury and is ready to be impactful.