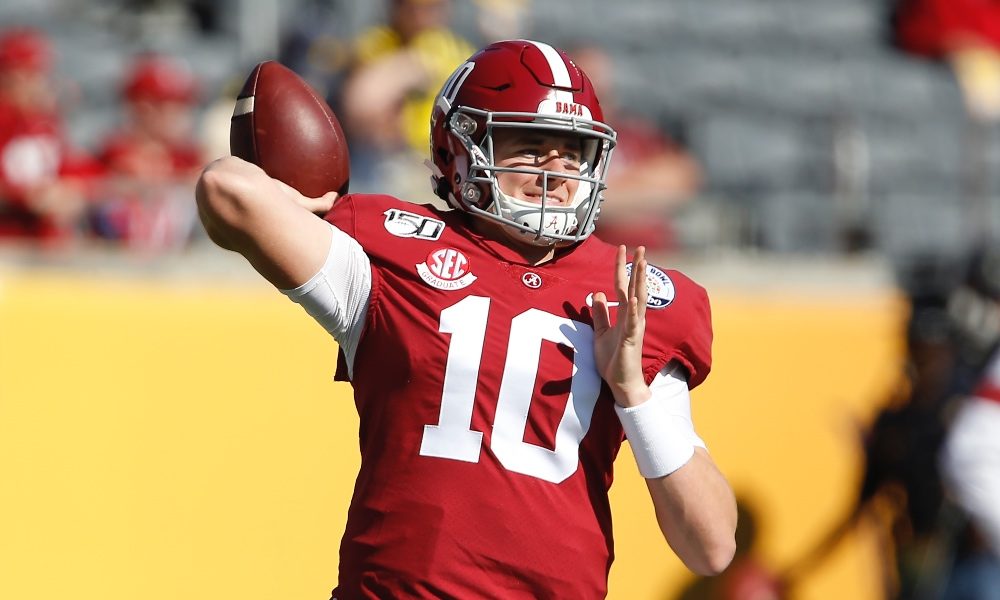 Quarterback play is going to be a huge topic of discussion when the 2020-21 college football season comes around. Many high profile teams will be trotting out incoming freshman or first time starters in their team colors.

One of the battles to watch is the one that will be going on in Athens with many experts hyping up the Wake Forest transfer Jamie Newman.

Even former Alabama quarterback Greg McElroy is heaping his praise, even going as far as picking him over his alma mater’s signal caller Mac Jones.

“I think Newman’s way more talented. I mean, I don’t even think it’s really, I don’t think it’s really comparable just given Jamie Newman’s upside,” McElroy said during this week’s on Atlanta-based radio show “Xtra 1063”. “I mean, guys, we’re talking top five pick upside here. I mean, he has that kind of upside — he’s ridiculous. There are some nuances to his game that he needs to learn, but just as far as talent is concerned, there’s not many out there and college football like him.

“He’s extremely accurate, big arm, needs to learn how to layer the football a little more. Mac Jones is a solid player as well and performed, like I said, very admirably but I think part of the reason why everyone will feel real good about him is the fact that he’s surrounded by an all-star team in a lot of ways.”

Even if it seems like McElroy is giving Jones a bit of a back handed compliment, Newman is no prospect to gloss over.

In 2019 Newman lead the Demon Deacons to an 8-5 record before coming up short against Big Ten power Michigan State in the Pinstripe Bowl.

During that season Newman passed for 2,868 yards, 26 touchdowns and also ran for 574 yards and six more scores.

This kind of mobility and versatility at the quarterback position is something the Bulldogs missed last season as now NFL quarterback Jake Fromm struggled at times when a play would either breakdown or required extension.

When looking at both Newman and Jones, both quarterbacks are experienced and will be surrounded with a ton of talent to help them succeed.

If anything needs to be settled or determined between the two it will come to a head in Tuscaloosa on Sept. 19 when Georgia comes to Bryant-Denny Stadium to take on Alabama.