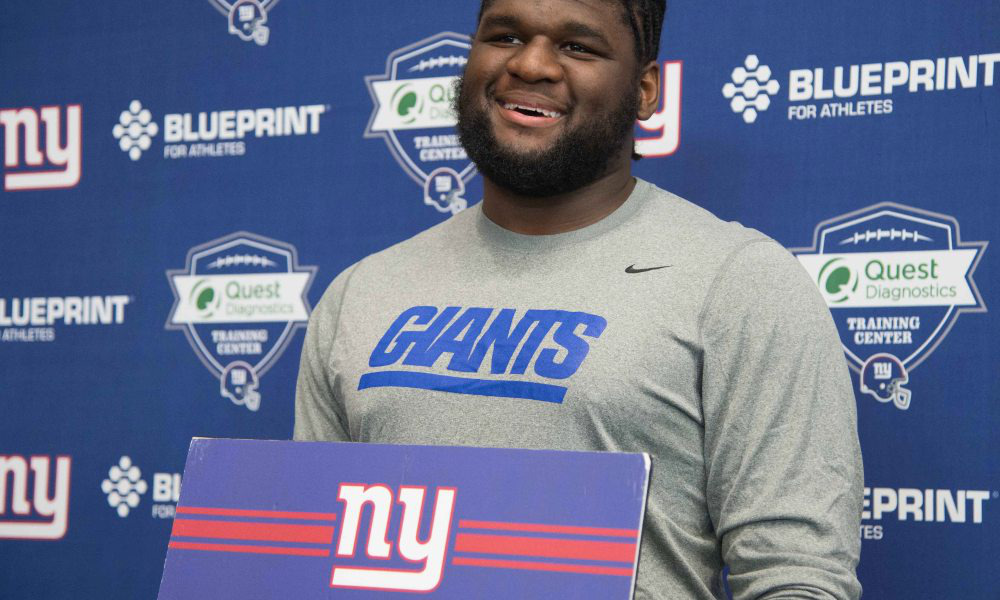 On Monday, one of Alabama’s football most underrated defensive linemen received a huge honor.

Dalvin Tomlinson, a native of McDonough, Ga., was awarded his state championship ring in wrestling from Henry County High School.

The four-time Southeastern Conference champion and two-time national champion for the Crimson Tide was a wrestler and football player.

Tomlinson was a three-time state champion and a one state runner-up.

FINALLY! Dalvin Tomlinson a three State Champion and one time State Runner-up in wrestling, was never awarded a State Championship ring for his accomplishments. Thanks to former Henry Co. principal Scott John and McDonough principal Antonio Mattox, all of that changed today! pic.twitter.com/ipzNzsLuA5

Despite suffering injuries to both knee at Alabama, the talented defensive tackle recorded 122 career stops, 11.5 tackles for loss, five sacks, 13 quarterback hurries and 10 pass breakups through five seasons. He posted a career-high 62 total tackles in 2016, as he was part of the best defense of the Nick Saban era. The 2016 group collected 54 sacks, 118 tackles for loss, 80 quarterback pressures, 16 interceptions, eight fumble recoveries and 11 touchdowns.

All of the techniques he learned from wrestling have made him a great pro in football thus far.

Tomlinson was named to the All-Rookie Team for Pro Football Writers Association of America in 2017 and has tallied 158 tackles with 4.5 sacks in three years.