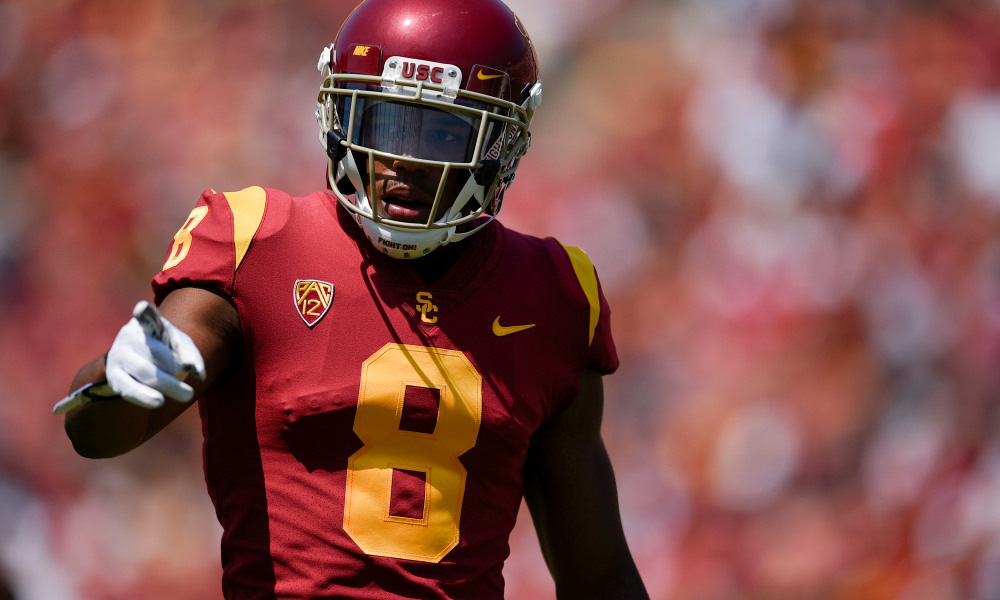 Where have we heard the statement, “We Want Bama!” before?

It was said by almost every program that wanted to take down the University of Alabama football program and while most efforts resulted in defeat, it is still a popular saying.

On Friday, reports surfaced on the Pac-12 moving to a conference-only schedule and a press release came from the Crimson Tide on the matchup featuring it and the University of Southern California being cancelled.

It was originally scheduled to be played at AT&T Stadium (Arlington, Texas) on Saturday, Sept. 5.

As Alabama tries to find a replacement to open its 2020 season, one wide receiver for the Trojans said he ‘wanted Bama’ this year.

Oooooo how I wanted Bama …

A junior from Anaheim Hills, Calif., Amon-Ra St. Brown was one of two targets that totaled 1,000-plus yards receiving in 2019.

The 6-foot-1, 195-pounder had 1,042 yards with six touchdowns on 77 catches. In the absence of Michael Pittman Jr., St. Brown was excited about becoming the primary weapon for quarterback Kedon Slovis versus Alabama’s secondary.

The Trojans suffered a 52-6 loss at the hands of the Tide in 2016, so St. Brown viewed this moment as a payback opportunity.

Unfortunately, the state of California has been on shutdown since the global Coronavirus pandemic hit the sports world in March and Mike Bohn (USC’s athletics director) felt like the conference-only option is the best one for his program.

RELATED: SEC Commissioner Greg Sankey has high concern of plausibility of football in 2020

St. Brown will be one of the top receivers for the 2021 NFL Draft.