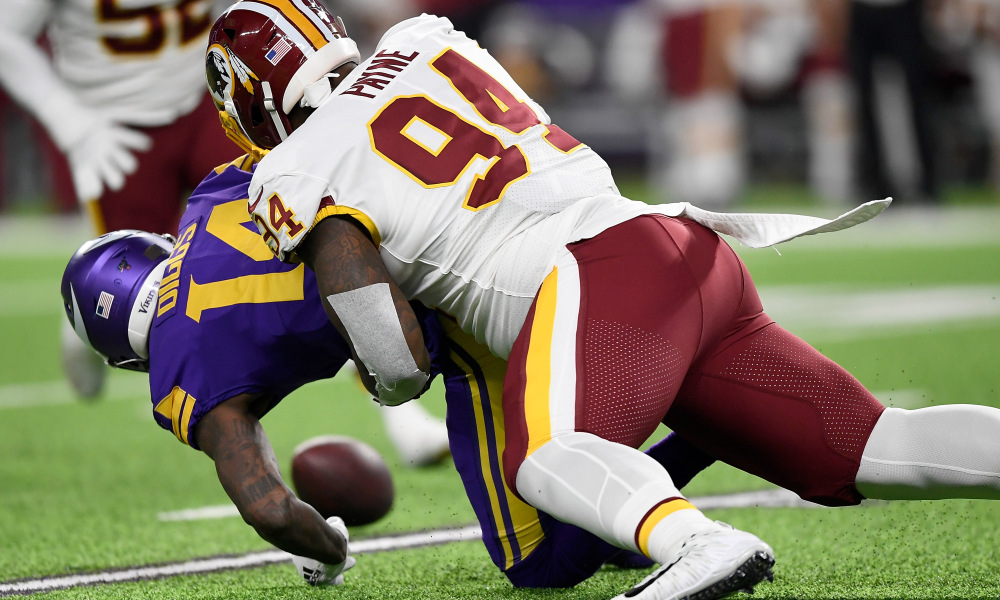 He simply wants to be a blessing to others.

This and helping inner city youth in communities are the reasons for Chris Rogers starting Together Assisting People or TAP, Inc. back in 2010. For the former Alabama defensive back and 2009 BCS National Champion, the dream started in Birmingham (Ala.) but it is now touching all parts of the United States.

During this time of the global Coronavirus pandemic, TAP has been on the front line serving families in need. After providing 200,000 pounds of food for families in Birmingham, 80,000 pounds of food in Baltimore (Md.) and helping those in Virginia as well, Rogers and his team will be in the Washington, D.C. area on Saturday to help former Crimson Tide standout Da’Ron Payne give back to the community.

Payne, a native of Birmingham, has teamed up with the organization to give away 80,000 pounds of fresh fruits and vegetables from 12-3 p.m. this weekend.

The event will be at Martha’s Table Southeast Commons and Kim R. Ford, the President and CEO of the company, is very excited to partner with TAP.

“We are excited to host our event at a site with a mission that aligns with TAP,” Chris Rogers said via press release.

He was a tremendous athlete at Shades Valley High School and after earning a five-star rating, Payne chose the University of Alabama in the 2015 recruiting cycle. It did not take long for Nick Saban to recognize he had a talented weapon on the defensive line at nose tackle.

Payne was a Freshman All-American in 2015 and his ability to stuff running backs while controlling gaps led to the Tide winning a national championship. He would pick up a second College Football Playoff national title ring in 2017, following an amazing performance in the playoff.

Payne was the Co-MVP of the 2018 Sugar Bowl matchup versus Clemson, recording six tackles, one interception and a touchdown reception.

He tallied five stops — including half a sack — in the CFP title game against Georgia and was named Co-MVP. Payne earned first-team All-SEC honors for his excellence in the 2017 season.

He was a first-round pick for the Washington Football Team (No. 13 overall) in the 2018 NFL Draft.

The 6-foot-3, 320-pounder has a giant smile, but he’s all business on the field. He’s collected 112 total tackles, seven sacks, five pass breakups, one forced fumble and one fumble recovery in 31 career games. Payne grew as one of the leaders on defense last year with 56 stops, two sacks, three tackles for loss and two pass breakups.

He made the NFL’s All-Rookie Team in 2018, according to Pro Football Writers Association of America.

With him, along with Jonathan Allen, Ryan Anderson, Shaun Dion Hamilton, Landon Collins and Reuben Foster, Washington has to make a playoff run at some point. Over the last three months, so many former collegiate athletes have lended a hand to assist Rogers and TAP with helping families.

Names such as Quinnen Williams, Mark Ingram, Andre Smith and DJ Dale are products of Alabama football. Rogers has also had help from Cassanova McKinzy (Auburn, Washington team) and Kendrick Bourne of the San Francisco 49ers.

He has thoroughly taken every lesson learned from Coach Saban to heart.

Rogers knows there will be people that won’t remember what he did as a player; however, they will truly take note of how he’s mentoring the youth and restoring communities. Saban cared about the total man, in terms of bringing athletes to Alabama.

Rogers has taken on the same mindset and it is paying off.