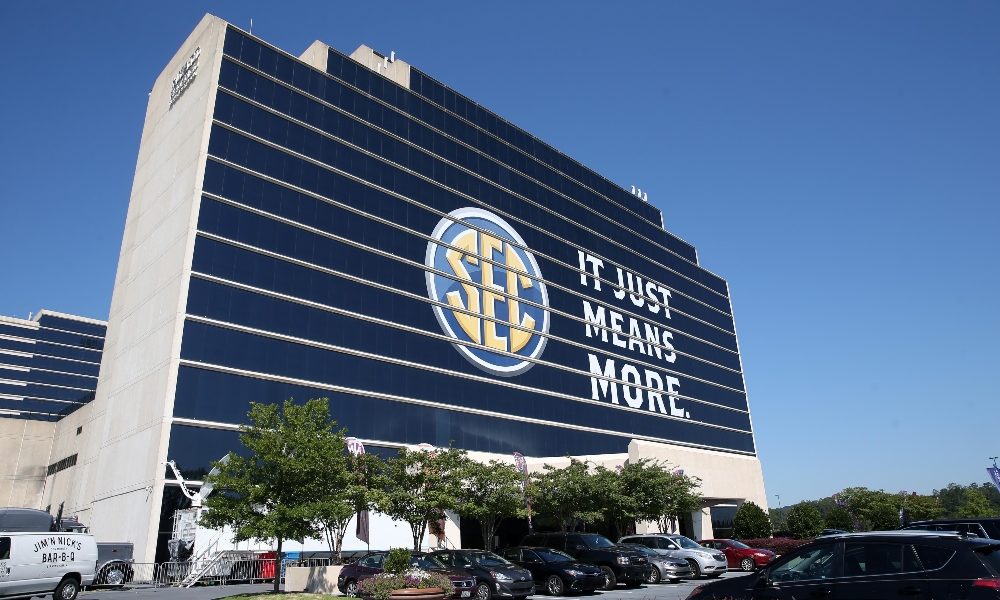 Since the news of the SEC adjusting to a new 10-game conference-only format this season, many athletic directors and coaches shared their thoughts in prewritten statements released to the public supporting the conference’s decision.

But what had not been heard yet was the players’ opinions on the new season, until Saturday afternoon.

In what was believed to be a private conversation, multiple players, named and unnamed, members of the conference’s medical advisory board and SEC officials discussed their concerns overplaying a season.

The meeting took place on Wednesday and was described to be a “confidential free exchange” from an SEC spokesman until The Washington Post obtained an audio recording of the conversation and published the details.

Statement from the Southeastern Conference. pic.twitter.com/nBuwlyz8Tb

The @SEC is proud to conduct calls w/student-athletes for candid conversation & greater understanding of issues important to them. A FB Student-Athlete Leadership call was held this week w/our medical advisors to provide insight & respond to their questions related to COVID-19. https://t.co/hZFbmN8Uwd

Within The Washington Post article, were multiple sound bites from players and officials discussing the inevitable breakouts of COVID-19 and other troubles a college campus environment could have.

Early on in the call, an unnamed SEC official shared that an outbreak amongst teams was essentially inevitable.

University of Mississippi linebacker MoMo Sanogo shared that he fears his classmates, who are not mandated to follow the same frequency of testing that his teammates must endure, will unknowingly infect others in classrooms for they will still go out to bars and parties.

“These students don’t have nothing to lost by getting COVID,” said Sanogo. “They get to miss class.”

The response to Sanogo showed some of the pressures university presidents have faced because of the reliance on the revenue of a college football season.

“It’s one of those things where if students don’t come back to campus, then the chances of having a football season are almost zero,” said an unnamed official.

Texas A&M linebacker Keeath Magee II wondered if the restart of the college football season would be something that the conference would eventually come to regret.

“You guys have answered a lot of questions the best way that you guys could, and we really appreciate it. But as much as you guys don’t know … it’s just kind of not good enough,” said Magee. “We want to play. We want to see football. We want to return to normal as much as possible. But it’s just that with all this uncertainty, all this stuff that’s still circulating in the air, y’all know it kind of leaves some of us still scratching my head. … I feel like the college campus is the one thing that you can’t control.”

Sankey responded that the SEC and member schools are committed to creating the “best environment possible in this new reality.”

The call also featured questions from an unnamed player regarding if there was any information on what the long term effects of COVID-19 might be, which the medical professionals on the call claimed that it is still unknown.

Another unknown player on the call asked the question: “If we were your kids, would y’all let us play in this same football season with the same protocols and uncertainty?”

“One of my sons has played baseball for the last five, six weeks. “And I can tell you, I have a couple of kids that have played soccer over the last four weeks. I don’t have great concerns about them contracting it during play.

With the SEC season beginning on Sept. 26, players from every team still have the option to opt-out of the season and still retain their scholarships.