Of the many lessons he provides, the biggest advice Nick Saban has given his players at Alabama is there is a life after football.

As much as we enjoy these athletes catching touchdown passes, tossing for scores, making plays on defense and the celebrations that follow, it is about impacting the next person at the end of the day. In the case of Courtney Upshaw, this is what the former Crimson Tide linebacker is doing. He was an unbelievable athlete at Eufala (Ala.) High School and became one of the greatest outside linebackers of the Saban era. Once a four-star recruit in 2008, Upshaw captained the 2011 defense to being college football’s elite group in all five major categories. 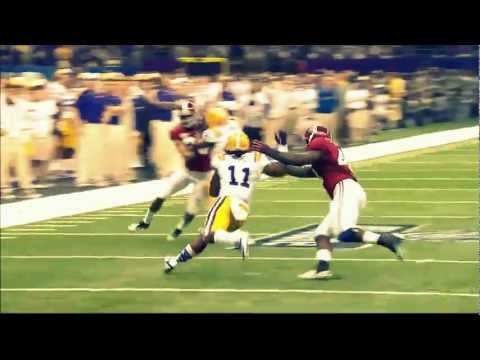 After getting selected in the second round (No. 35 overall) of the 2012 NFL Draft by the Baltimore Ravens, Upshaw immediately assisted the franchise to a Super Bowl championship that year.

He played four years with the Ravens and spent two seasons in Atlanta with the Falcons, where he appeared in another Super Bowl during the 2016 campaign. He put six strong years in the National Football League and while he loves the game, Upshaw is starting to view things from a coaching perspective.

According to a post from the University of Alabama at Birmingham on Twitter, Upshaw has joined Bill Clark’s staff as a volunteer coach.

You heard of him? ? pic.twitter.com/4QWkLnnZWD

His strengths as a pass rush technician will greatly benefit the Blazers.

RELATED: WATCH: Tua Tagovailoa back on a football practice field with the Miami Dolphins

Adding Upshaw to the mix could give the program the best defense in Conference USA.