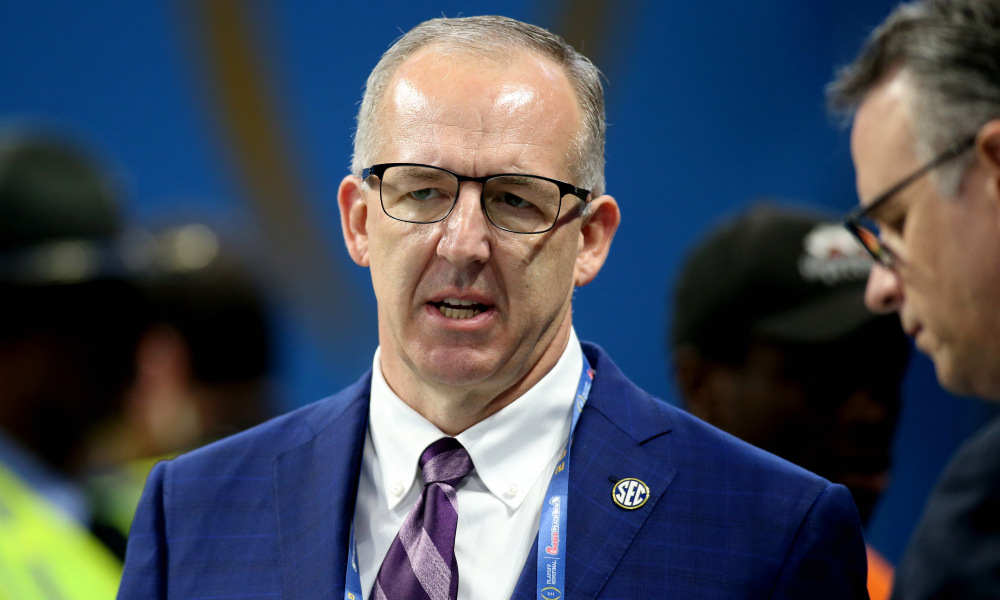 Not every school in the Big Ten conference is fine with canceling the football season.

According to a report from Bruce Feldman of Fox Sports, Iowa, Michigan, Nebraska and Ohio State are all considering the option of moving to the Big 12 for the fall.

RE: reports of Iowa, Michigan, Nebraska and Ohio State exploring potential move to the Big 12, source at one of those schools just told me, “That would be news to us.”

While it would be fun to see that, the Southeastern Conference could re-establish itself as the leader of the sport if it were to add Ohio State along with other top Big Ten programs.

After seeing former SEC Commissioner Roy Kramer make big on his vision of a conference championship game, Greg Sankey could have fans in utter excitement with the SEC forming a super conference for one season.

Consumers of SEC football were already happy with a 10-game, conference-only schedule; however, if it pulled Ohio State, Michigan, Iowa and maybe Penn State, people would flock to television sets and networks would jump through hoops.

It would be a season to remember, especially given all the turmoil and thoughts of taking football away from student-athletes — due to the Coronavirus pandemic. Also, the amount of money the SEC would make from having a season will be shared with the Big Ten programs that decided to join. Not only would coming to the SEC give fans the matchup of Nick Saban and Jim Harbaugh again, but it would also present the opportunity for Alabama to play Ohio State on the field.

The NCAA owes it to the players, coaches and fans to have a product that makes them feel whole.

According to close, respectable sources, yours truly of Touchdown Alabama Magazine was told that Sankey is currently at work behind the scenes inviting schools to join the SEC — if its respective conference chooses to cancel on the season.

We are in a dire need for football, and the SEC-Big Ten forming a super conference would be much appreciated.