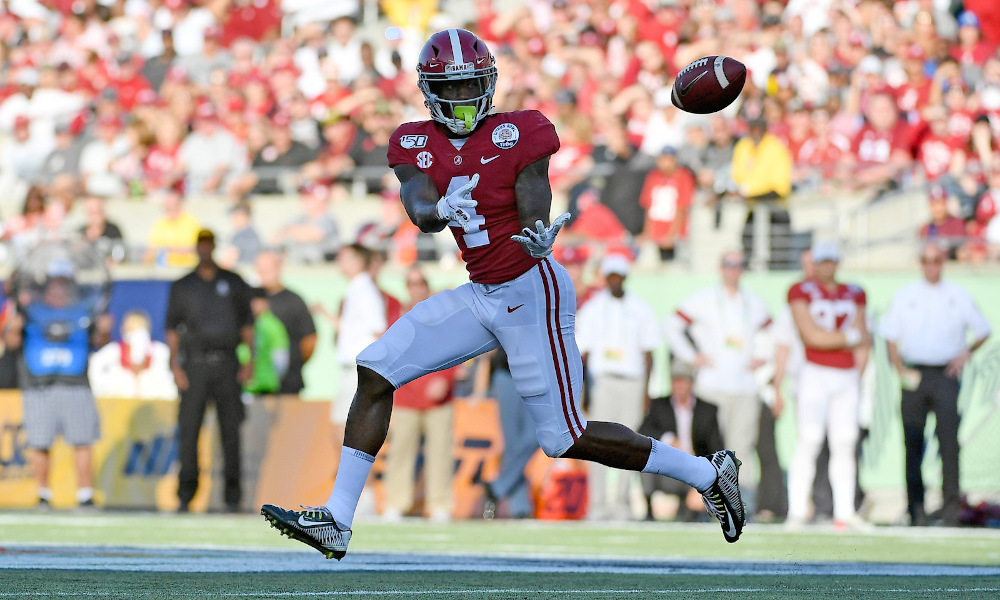 As we draw closer to the start of the NFL season, people are setting alarms for fantasy football.

After another successful NFL Draft, David Carr (former NFL quarterback) and Willie McGinest (former NFL linebacker) of NFL Network, each picked one rookie of whom they feel will be the No. 1 performer in fantasy football this year.

Jeudy, a native of Deerfield Beach, Fla., was selected at No. 15 overall in the draft.

Jeudy was twice named first-team All-SEC (2018-19) and picked up consensus All-American honors in 2018. He helped the Crimson Tide win a College Football Playoff National Championship as a true freshman in 2017.

When it comes to where he stands all-time in school history, Jeudy ranks fifth in receptions (159), fourth in receiving yards (2,742) and second in touchdown catches (26). He was regarded as the most complete receiver in this year’s draft class and per McGinest, he said it will be ‘easy pickings’ for Jeudy once he and Drew Lock start connecting for the Broncos.

Who will be the TOP rookie fantasy performer in 2020? ?

“Here’s a guy who runs great routes,” McGinest said. “He’s explosive once he gets the ball in his hands and he has a lot of talent around him. You have to isolate him and get him one-on-one’s now. Look at this man in open field when he gets the ball; he is electric.”

Jeudy will have the likes of Courtland Sutton, KJ Hamler, Noah Fant, Phillip Lindsay and Melvin Gordon around him.

He is projected to total 139.36 fantasy points, which is third among rookie wide receivers.

For those itching to play fantasy football, drafting Jeudy may be a very smart option.