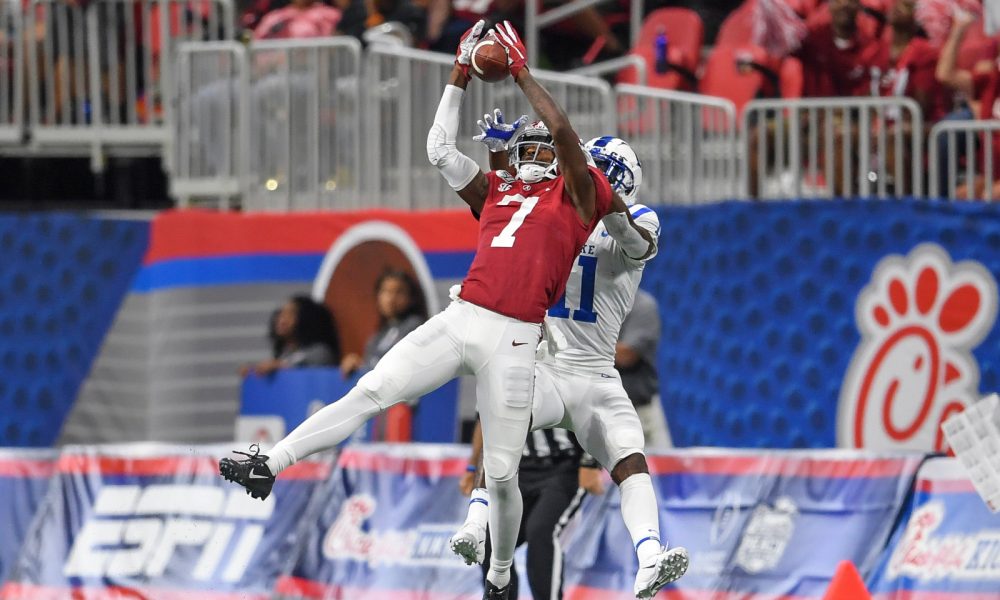 He was selected at No. 51 overall in this year’s NFL Draft, and the Dallas Cowboys are happy with him.

RELATED: Najee Harris and Mac Jones explain their decisions to play in 2020

Trevon Diggs was a great high school athlete, who had to learn to become a strong defensive back at Alabama. With the mastermind of the position as his head coach, Diggs was a solid cornerback under Nick Saban. He made the full transition to defense in 2018, totaling 20 tackles, six pass breakups and one interception.

A foot injury versus Arkansas forced him to the sidelines for the remainder of the year; however, the Maryland native and former four-star in the 2016 signing class bounced back.

Through 12 games last season, Diggs recorded 37 tackles, eight breakups and three interceptions — including one for a touchdown.

He also returned a fumble 100 yards for a score versus Tennessee at Bryant-Denny Stadium.

The 6-foot-1, 205-pounder carries exceptional length and athleticism, and the Cowboys are hopeful that he can be an impactful in the secondary.

According to ESPN’s Ed Werder, who reports on the Cowboys, head coach Mike McCarthy has been giving Diggs ‘significant’ reps with the first-team. He is pushing the development of Diggs, especially with him having to defend Amari Cooper, Michael Gallup, Devin Smith and Ceedee Lamb at practice.

One observation from Mike McCarthy’s first helmet-and-shells #Cowboys practice: he appears to be accelerating the development of the team’s first two draft picks – rookie WR CeeDee Lamb and CB Trevon Diggs were getting significant number of first-team reps. pic.twitter.com/uwi4xkB6ZI

Diggs will not get a chance to face his brother, Stefan Diggs (Buffalo Bills), in the regular season, but he will take on a gantlet of the NFL’s best at wide receiver. He won two Southeastern Conference titles (2016, 2018) and a College Football Playoff National Championship (2017) with the Crimson Tide. For Diggs, he now intends to find his game at the professional level.