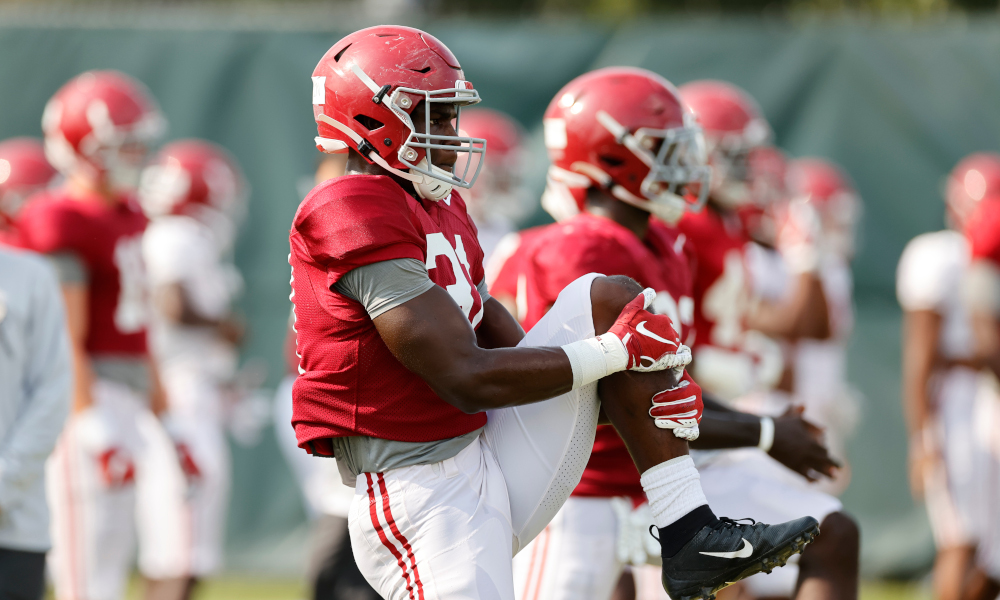 He may be the closest thing to Tim Williams that Alabama football has had since 2016.

Head coach Nick Saban and the Crimson Tide signed four very talented outside linebackers in its freshmen class back in February; however, one has garnered the most attention.

William Anderson Jr., a native of Hampton, Ga., has turned heads throughout fall practice and fans are really excited to see him.

He came in as a five-star and after watching his tape at Dutchtown High School, it has been a while since supporters of the Tide have been this happy about a pass rusher.

Listed at 6-foot-4 and 235 pounds, Anderson dominated both preseason scrimmages.

RELATED: Alabama QB Mac Jones has ‘lit a fire’ under the offense

He consistently pressured the pocket and Saban sees him as a player that will contribute to the team. After two years of not having a tenacious edge rush on quarterbacks, Alabama views Anderson as the one who can flip the script on teams.

When the coaching staff is not talking about him, his teammates are. According to DJ Dale, the sophomore defensive lineman senses something different about Anderson.

“Will, he just came in and you can tell that he’s got it,” Dale said on Thursday. “His confidence… He is just so willing to learn. He listens. He’s a great player and he’s got it. He came in here with it.”

Hearing this from Dale means Anderson has some next level intangibles. Landon Dickerson, a redshirt senior, spoke on the freshman as well.

“He is a terrific guy,” Dickerson said of Anderson. “He is a great athlete. He’s done a lot of great things in practice.”

As a senior in high school, Anderson captained a defense that allowed just 7.7 points a game.

He collected 22 sacks and 15 tackles for loss. During the practices for the U.S Army All-American Bowl and the game itself, the speedy edge rusher was impossible to block.

He embarrassed the best offensive line prospects, forced fumbles and had quarterbacks on the ground.

In pass rush situations, Anderson will be called upon a lot this season. Other names that have stepped up include Tim Smith, Jamil Burroughs and Jah-Marien Latham, but Anderson is running away with the show as a freshman.