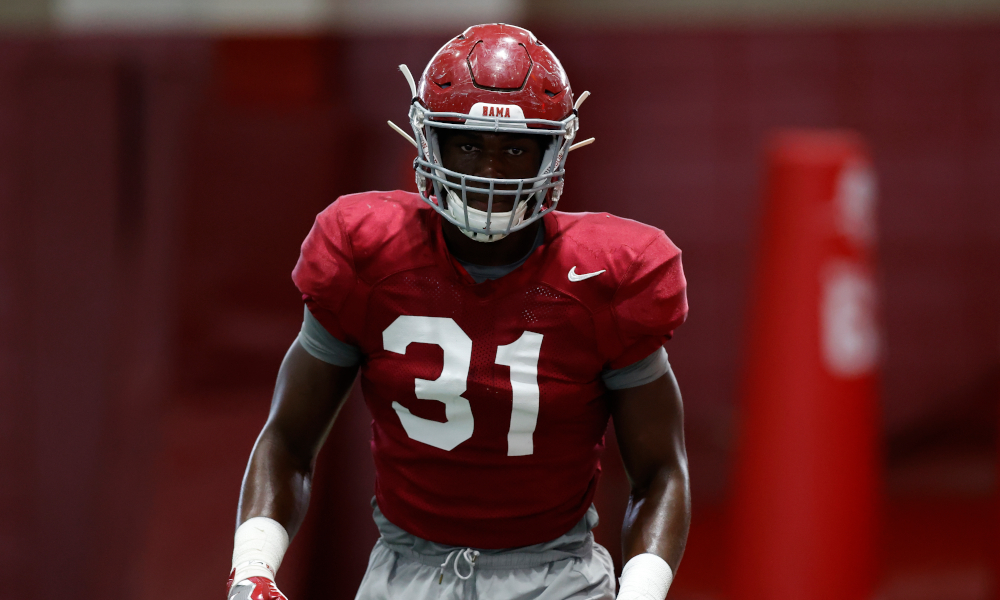 On Monday, there were a couple of surprises on Alabama football’s depth chart for this season.

Both are on defense at jack linebacker and star (nickel), as William Anderson and Malachi Moore have both been named as starters.

Anderson, a true freshman, is a five-star from Georgia. He dominated at Dutchtown High School and at the U.S. Army All-American Bowl.

The 6-foot-4, 235-pounder is a keen pass rush specialist who has garnered the attention of everyone on the team. He is the starter at jack linebacker and is looking forward to restoring a fierce edge rush.

Moore, a true freshman, hails from Trussville, Ala. He had a great camp and has earned the starting role at nickel.

The 6-foot, 182-pound is a strong tackler with great instincts and ball skills. He totaled 83 tackles in his senior year at Hewitt-Trussville High School, including 46 solo tackles and five stops for loss. Moore also recorded four interceptions, with two returned for touchdowns.

He has bought firmly into Saban’s process and made quality plays throughout fall practice.

In the national championship seasons under Saban, the Crimson Tide has always had at least one highlight defensive back.

Moore looks to be that type of player for Alabama.

The coaching staff sees Anderson and Moore as players that can deliver winning football, and the young guys will have an opportunity this season.