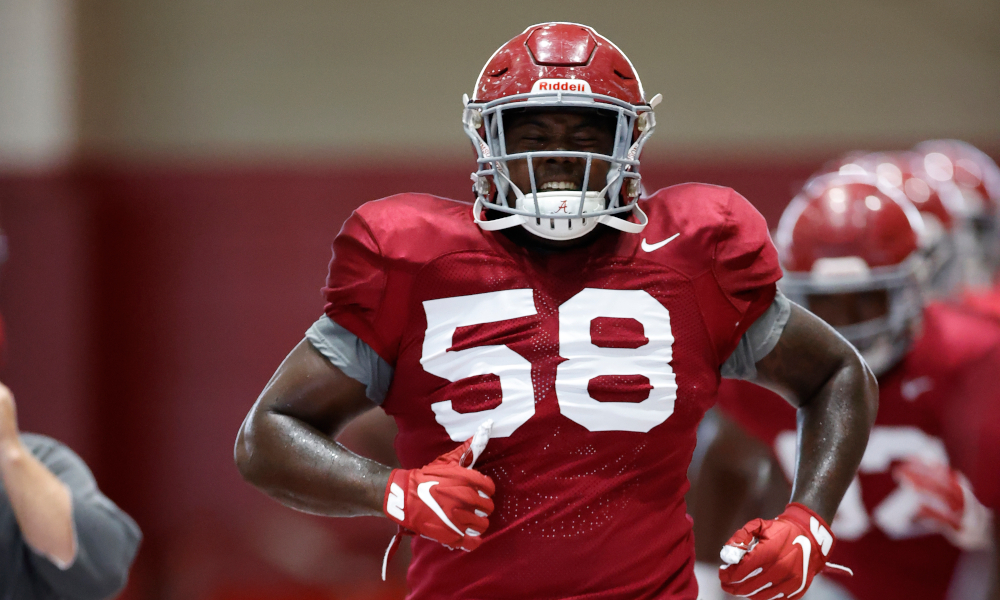 Alabama plays Missouri in less than three days and it may be without one of it’s most promising young defensive linemen.

Redshirt sophomore Christian Barmore, who suffered a knee injury during fall camp is still recovering and head coach Nick Saban still isn’t certain whether the big man will be able to give it a go during Saturday’s game.

“I can’t really decide or say right now,” said Saban during his Wednesday press conference. “He’s done a little more each day. I think when you have an injury like this, sometimes the more you do, it creates a little soreness and then you have to back off a little bit, then you can do a little bit more the next day. So he’s worked every day this week, and he’s made progress and we’re encouraged by the progress that he’s made.”

Barmore was a breakout player on Alabama’s defense last season as he specialized in rushing the passer and added a much-needed deimension to the interior of the Crimson Tide’s defense.

“But you can’t get frustrated just because you’re not 100 percent the first day you hit the field. But you have to learn how to give 100 percent of 70 percent, aight, so that you can get back to 100 percent as quickly as possible.”

Although the team may be without Barmore, the Crimson Tide still have a myriad of experience amongst the defensive line headlined by position coach Freddie Roach, LaBryan Ray and Justin Eboigbe.