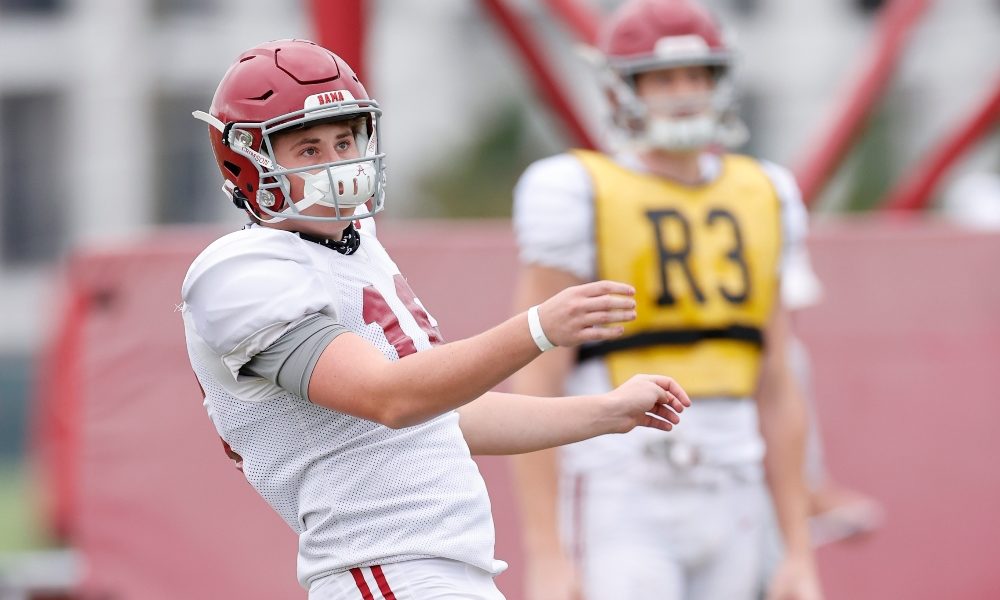 Other than the nightmare the world has been living through this past year, Alabama fans still haven’t awoken from the one that is the Crimson Tide’s kicking game woes.

Since 2013, during the game that should not be named, Alabama has struggled mightily at figuring out a solution to its field goal issues. Head coach Nick Saban has recruited numerous players with highlight reels of 55-yard bombs on their high school fields, but the second they step between the lines wearing crimson and white something always seems to go wrong.

But sophomore placekicker Will Reichard is looking to change the narrative this season and restore the trust in the Alabama kicking game.

Reichard came to Tuscaloosa in the 2019 class and was the number one rated kicker in the country and like every recruit at his position had lofty expectations. The Hoover native was able to provide some hope early on in the season when he came in and won the starting kicking job during his first season with the team. His first game against Duke left some to be desired as he missed two field goals, both coming from 40 plus yards out.

Shortly after Reichard suffered a hip flexor injury, which is detrimental to kickers, which evidently sidelined him for an extended period of time. When he was out Joseph Bulovas took over the duties for the remainder of the season and although he was 8/11 on field goal attempts, he continued the now typical Alabama clutch kicking struggles when he missed a 30-yard attempt during Alabama’s final drive against Auburn in the Iron Bowl which led to a three-point loss.

During the offseason, Reichard healed his hampered hip and worked on his game to try and fill one of the missing pieces on Alabama’s roster. His hard work in the offseason paid dividends as he was named the team’s starter once again on Monday when the team released its depth chart.

Reichard has displayed this type of work ethic when he was originally committing to Alabama in high school as he wanted to enroll early in the school to immediately try and win the job as a newcomer.

“I want to be able to get there in January that way I can get through spring practice and get used to the workout programs,” Reichard said to Touchdown Alabama’s scouting and recruiting analyst Justin Smith.

Although is path will not be easy to regain the trust of Alabama fans, Reichard’s attitude and willingness to accept the challenges ahead are the exact tools he needs to help rebuild the relationship.