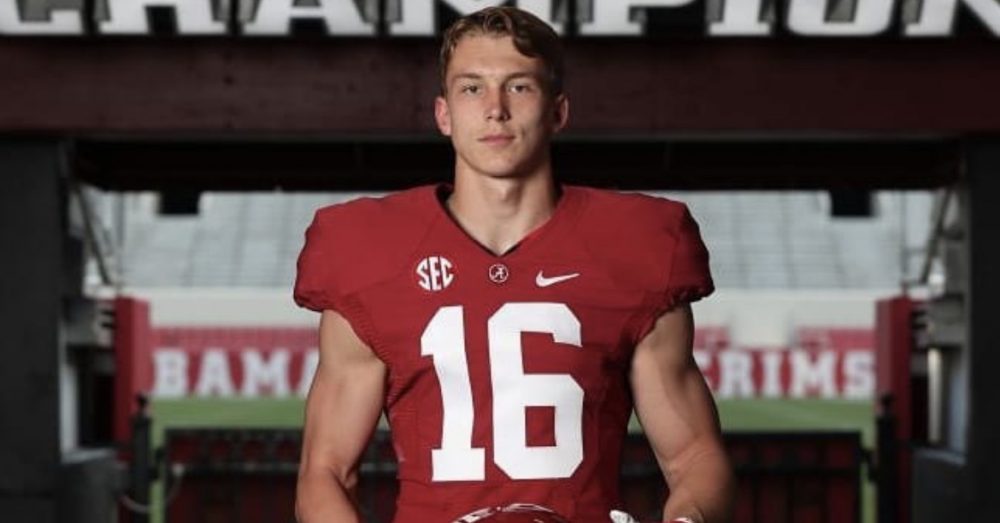 The next Alabama player and the sixth freshman, who Touchdown Alabama will spotlight is true freshman outside linebacker, Drew Sanders.

– Can play sideline to sideline

Summary: Drew Sanders is a special athlete, who has experience playing multiple positions on the offensive and defensive side of the football.

During his time at Ryan High School in Denton, Texas, Sanders spent some time at wide receiver, defensive end, inside linebacker and wide receiver. He brings that versatility to the collegiate level, which could allow him to see some time on offense at some point in his college career. Alabama football plans to use him in more of an edge rusher role as a freshman.

The Texas product’s skillset and body frame make him the perfect candidate to be an elite outside linebacker for Alabama. He shows great strength when rushing off the edge and has a burst of quickness, which makes him hard to block. His all-around athleticism allows him to play sideline to sideline.

Sanders has superb ball skills for an outside linebacker with his experience at playing wide receiver.

–  Needs to develop into a full-time outside linebacker

Summary: Since Ryan High School used Sanders at so many different positions, this is obviously the first time he is focusing on just one and he has made quite the impression during his short time in Tuscaloosa. Game time experience this season should help Sanders hone in on his skills and add more rush moves to his repertoire.

Sanders is currently listed as the second string jack linebacker for the Crimson Tide, which means he will most likely get substantial playing time this season. In the past, Alabama football has depended on its outside linebackers to pressure the quarterback on obvious passing downs. The former 5-Star recruit should get his opportunity to do that multiple times this season on critical downs.

Sanders has the athletic ability to help Alabama’s defense get back to where they were a few years ago. Although the Texas product is expected to be used primarily as an outside linebacker, do not be surprised if Alabama tries to use him elsewhere at some point in the future.