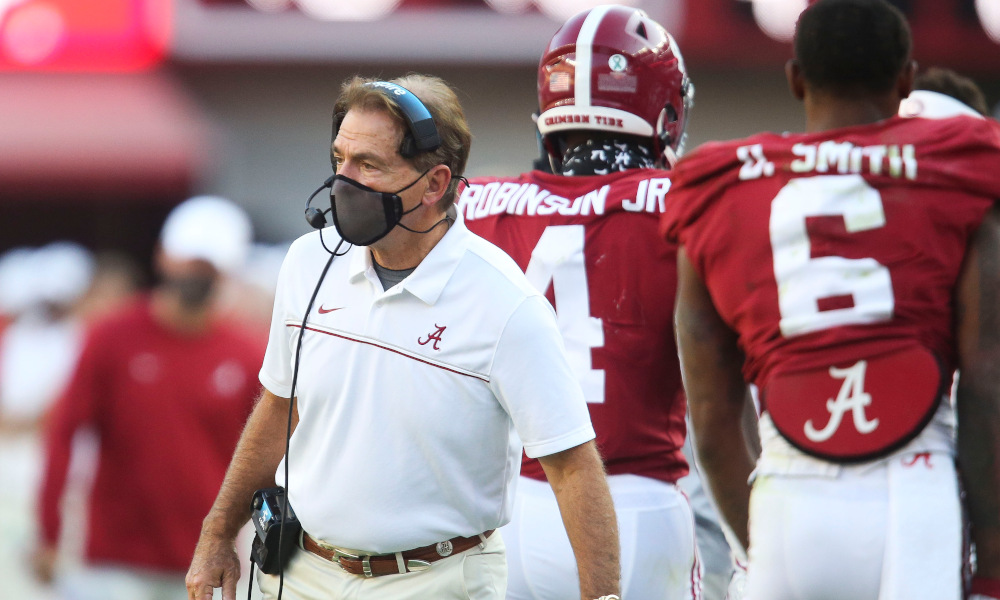 The pupils continue to fail in its quest to topple the teacher.

Jimbo Fisher, head coach at Texas A&M, suffered a 52-24 loss on Sunday to Nick Saban and Alabama football. None of Saban’s former assistants have been able to beat him, as he remains with the upper hand.

Fisher was Saban’s offensive coordinator at Louisiana State University in 2003; the year the Tigers won the national championship. In 2017, Fisher was the head coach of Florida State and Saban defeated him 24-7. Fisher has lost three times to Saban with the Aggies since 2018.

Defensively, Texas A&M could not affect Mac Jones. He had a career game through the air, and the duo of Jaylen Waddle and John Metchie benefitted greatly from it. Despite its fight, two costly turnovers in critical situations hurt the Aggies on offense.

After taking care of Fisher, Saban will see more of his former employees this month.

He is set to battle Lane Kiffin of Ole Miss next week, Kirby Smart of Georgia (Nov. 17)  and Jeremy Pruitt of Tennessee (Nov. 24).

All three assistants were on at least one national championship team with Saban. For some people, Kiffin is the one they feel has the highest chance at beating Saban. Regardless of the Rebels edging out Kentucky, 41-40 in overtime, Ole Miss has an offense that can score at will.

Unfortunately for its defense, Jones and the Tide have a lethal group of its own offensively.

We will see how it goes, but for now it seems like none of Saban’s students can knock him off the perch.

For now, he is 20-0 versus his former assistants.