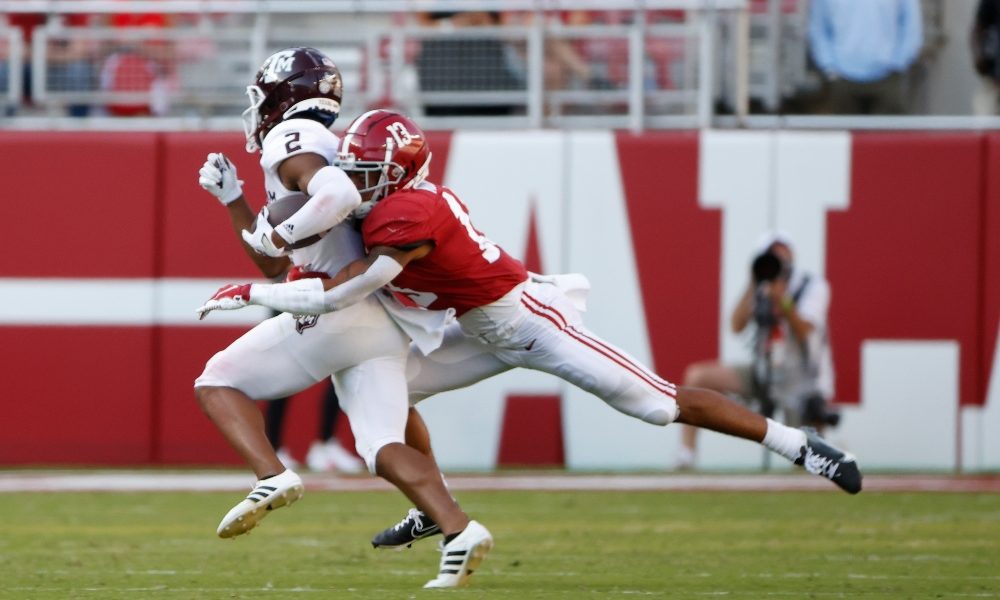 There was a youth movement on Saturday when Alabama trounced Texas A&M 52-24 in the Crimson Tide’s home opener.

Not only did sophomore wide receiver John Metchie have a big game, but true freshman defensive back Malachi Moore caught the attention of national pundits and future opposing teams with his stellar play. Moore plays the “star” position in Alabama’s secondary and is tasked with locking down the slot receiver which is one of the trickier spots in the defensive backfield.

But Moore showed against the Aggies why there was so much trust to start the first-year player as he turned in a huge game. Moore recorded six tackles, two pass breakups and an interception on the day, along with tremendous coverage which took away receiving options before the ball was even thrown.

Moore’s game left many coaches and players proud, but it also garnered praise from a former Alabama player who is glad that he is bringing honor to his former number.

George Teague is one of the greats when it comes to Alabama’s defensive backs of the past. He played for the Crimson Tide from 1989-92 where he was named to the All-SEC second team in 1991 and later named to the All-SEC first team in 1992 along with a second-team All-America nod the same year. Along with the individual accolades, Teague aided Alabama in winning the national title in 1992.

The legacy Teague left was monumental but if Alabama keeps getting these types of performances from Moore week in and week out, then there’s no reason why he can’t live up to the number.