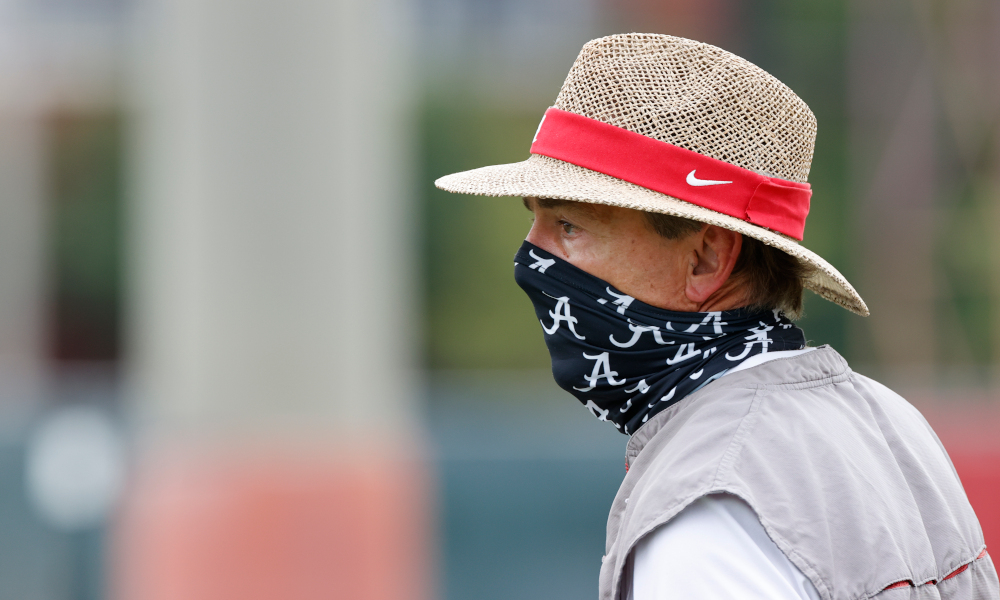 During his press conference on Wednesday, Alabama head coach Nick Saban stated that he and the staff would be conducting some research into the NCAA rules about whether he would be able to coach remotely from his home this Saturday after testing positive for COVID-19.

Unfortunately for Saban and Alabama, there are rules set in place by the NCAA stating that coaching from anymore outside of the stadium on game day is a no go.

“Rule 1-2-11-b is very specific and allows only voice communication between the press box and the team area, therefore in (a) the coach could not call into the press box or the sideline for anything related to coaching purposes,” said by the national coordinator of football officials Steve Shaw in an NCAA rules interpretation.

There are also interpretations of rules set in place which would not allow any communication with the use of technology during a game.

“This prohibition would begin at 90 minutes before the scheduled kickoff when the officiating crew assumes jurisdiction of the game and would include the time between periods until the end of the game when the Referee declares the score final,” read Shaw’s interpretation.

On the bright side, Saban is allowed to utilize technology so he may have a presence at practice leading up to Saturday’s game against Georgia. When Saban was sent home on Wednesday he was still able to utilize Zoom and view the entire practice and give input.

Until Saban returns, all of the in-person preparation has been handed to offensive coordinator Steve Sarkisian who will serve as the teams head coach for the time being.