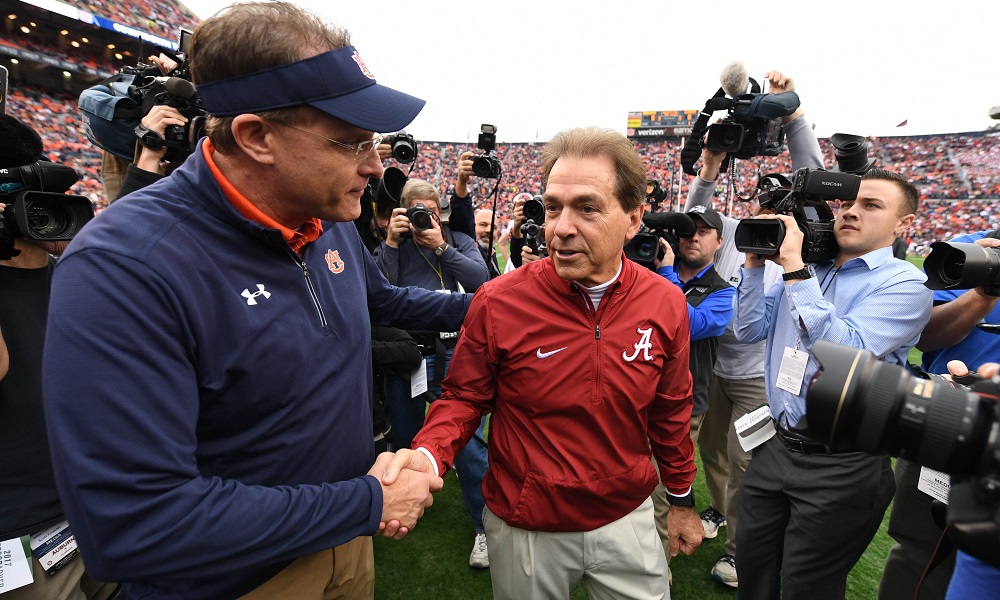 The Crimson Tide and the Tigers consistently clash on the recruiting trail in pursuit of some of the top recruits inside the state. Each program has had their fair share of success recruiting in-state prospects and know a win in the Iron Bowl can be a leg up on the competition.

Saban said he feels the passion on both sides impacts where recruit want to go.

“I think the Iron Bowl always impact recruiting,” Saban said. “It is a pride thing in the state. We got lots of fans on both sides. They obviously have a lot of passion for their program. Their influence as a man on the street, I want to call it, probably has some impact on where guys want to go. We want to provide the best program that we can to create value for our players in the future. I know how important this game is to our fans and our players. We just want to do the best job we can as coaches to try to put them in the best position to do it.”

Five 2021 recruits from the state of Alabama have verbally committed to Alabama football. All five had offers from Auburn and three of the five had the Tigers listed as one of their finalist. Auburn’s 2021 recruiting class is lead by two in-state studs with pledges from Armoni Goodwin and Lee Hunter.

Goodwin and Hunter hold Alabama offers and were getting recruited by the Crimson Tide at one point in the 2021 recruiting cycle.