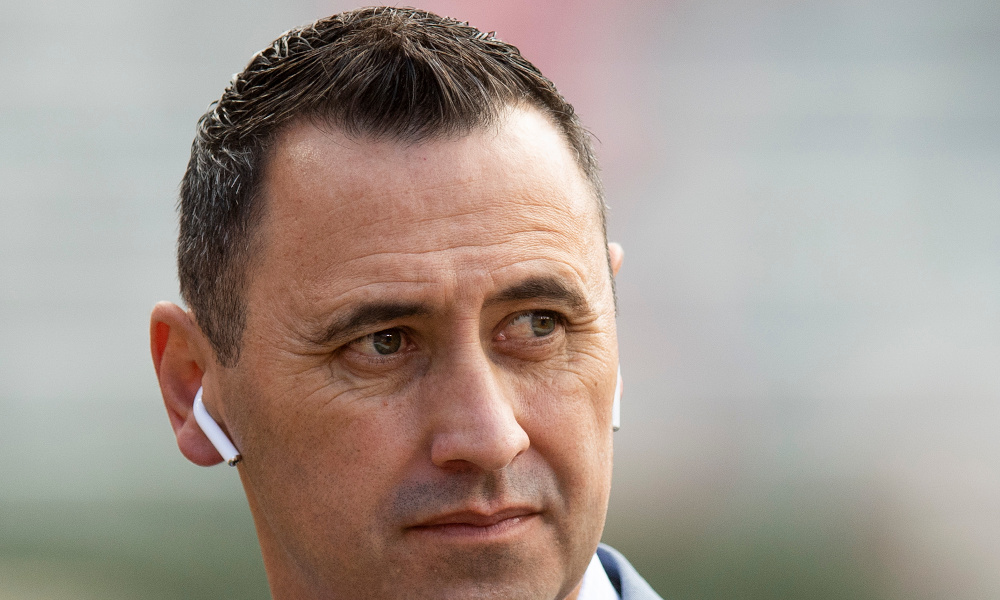 All eyes were glued to CBS over the weekend, as Steve Sarkisian did something remarkable.

He acted in place of Nick Saban, who suffered mild Coronavirus symptoms, in the Iron Bowl and coached Alabama to a 42-13 victory over Auburn at Bryant-Denny Stadium. People were nervous about how the offensive coordinator would perform, but he erased all fears with how he controlled the game. The college football world witnessed Sarkisian as someone who can still lead a group of players and assistant coaches.

Although he received a three-year extension worth $7.5 million on Aug. 5., Crimson Tide fans must also realize that a host of different programs are going to come at the 46-year-old with more enticing offers very soon.

RELATED: Has Pete Golding earned the trust from Alabama fans after defensive turnaround?

Should we start numbering the days Sarkisian has left as a play caller at Alabama?

This is a thought to consider.

Recently, Saban has had a few marquee names to come through his coaching rehab.

Lane Kiffin, to this point, is the biggest success story. After the issues he had at both Tennessee and USC Trojans, no school wanted anything to do with him. Coach Saban brought him to the Tide in 2014, and many fans were against the hire.

RELATED: Malachi Moore continues to prove he is Alabama’s most important defensive player

He took the job at Florida Atlantic in 2017 and three years later, he is back in the SEC at Ole Miss as its head coach. Michael Locksley would then come to Alabama as an offensive analyst in 2016, after four seasons at Maryland. He got promoted to Co-OC/wide receivers’ coach in 2017, producing success with Calvin Ridley, Robert Foster, Cam Sims, Jerry Jeudy, Henry Ruggs III and DeVonta Smith. Locksley helped the Tide capture a CFP national title that year.

In 2018, he was promoted to offensive coordinator and the Tide’s production exploded.

He coached Tua Tagovailoa to a 3,000-yard passing season and mentored him to set single-season school records for passing yards (3,966), touchdown passes (43) and total scores (48).

Within his offense, Locksley had seven players to catch at least 20 passes — including Jerry Jeudy, who led the team with 68 receptions. Jeudy totaled 1,315 yards receiving with 14 scores and was awarded the Fred Biletnikoff Award.

Coach Locksley even got Jaylen Waddle to pop as a true freshman in the SEC, as the native Texan recorded 848 receiving yards with seven touchdowns. Waddle ended up being the recipient of SEC Freshman of the Year.

Much like Kiffin, other suitors came calling for Locksley. He accepted a head coaching job at Maryland on Dec. 4, 2018.

RELATED: Alabama’s Mac Jones is more than a game manager, he is an elite quarterback

The same story can be said about Dan Enos and Mel Tucker, though Tucker was brought in on defense.

In reflecting back to Sarkisian, he has taken Alabama to another level. Offensively, the Tide ranks No. 3 in the nation for scoring (48.5 ppg) and sixth for total offense (535.6 ypg). It stands at Nos. 1 and 2 respectively in the SEC for both categories.

Sarkisian has the group totaling at least 40 points in seven straight games.

RELATED: Alabama QB Mac Jones got his revenge against Auburn in dominant style

He has Mac Jones in line to possibly win the Heisman Trophy, especially with the quarterback ranking in the top-five nationally for completion percentage (76.2, No. 2), touchdown passes (23, tied for fourth), passer rating (208, No. 2) and total quarterback rating (95.5, No. 1). Jones is sixth in the nation for passing yards (2,728) and has five 300-yard passing games this season.

Najee Harris, a senior at running back, leads college football with 17 rushing scores.

DeVonta Smith, a senior at wide receiver, is the fourth player in Alabama history — joining Jerry Jeudy, Amari Cooper and D.J. Hall — to have multiple 1,000-yard seasons. He is third in the nation for yards (1,074) and catches (72), while carrying an NCAA-best 12 touchdowns. Under the guidance of Sarkisian, Smith chimes in with five 100-yard outings through eight games.

This offensive attack has been special with Sarkisian running it and Tide fans know it.

Other schools will be looking for a coach like him to elevate their program.

Many look at Sarkisian as the potential “coach in waiting” to take over Alabama when Saban retires. He has done enough to be a great candidate, but will the Tide be able to hold on to him? Sarkisian has been great for the program in the last two years.