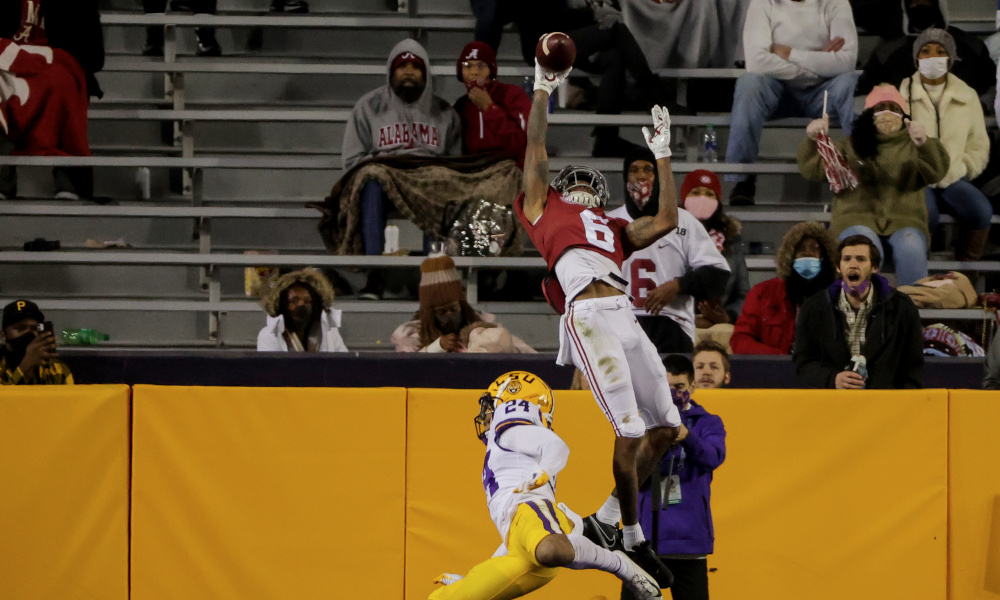 The University of Florida has fired the first shot, in terms of trash talk for the Southeastern Conference title game.

Despite allowing 25.1 points per matchup, the secondary of the Gators has not faced a wide receiver as explosive and as savvy as DeVonta Smith of Alabama. After pundits of national media said the Crimson Tide’s season was over due to an injury to Jaylen Waddle, the senior has raised his level of play exponentially.

He chimes in with five games of having at least two touchdowns and he ranks in the top-two nationally for receptions (83, No. 2), receiving yards (1,327, No. 1) and scores (15, No. 2) among receivers in college football.

His 84-yard punt return touchdown versus Arkansas brought life to the Tide’s offense.

Smith’s vision on the play guided Alabama to a 52-3 victory and its nine straight game with at least 40 points.

Even with his dominance and the Heisman buzz surrounding him, one former defensive back of the Gators feels as though his Alma mater has the horses to shut Smith down this weekend.

According to Jalen “Teez” Tabor, the ex-Florida standout is looking for Marco Wilson to handle No. 6 of the Tide. In his Instagram post, Tabor said Wilson will ‘lock up’ Smith on the outside.

Wilson, a junior, was the one who threw the shoe of an LSU player in Florida’s meeting with the Tigers on last week.

His antics resulted in a personal foul call, which led to the Tigers making a 57-yard field goal to win the game.

Wilson has 25 total tackles and two pass breakups. The 6-foot-1, 191-pounder has a lot of capabilities, but Smith is the best receiver in the nation and arguably the best overall player in the nation. He makes plays for others around him as well as himself, and Wilson shall be in for a difficult time. LSU trash talked the Tide and it responded with a 55-17 win at Tiger Stadium.

RELATED: Christian Barmore is becoming dominant at the perfect time for Alabama on defense

Florida has not won an SEC Championship since 2008.

Smith will be prepared to unleash everything on Wilson.