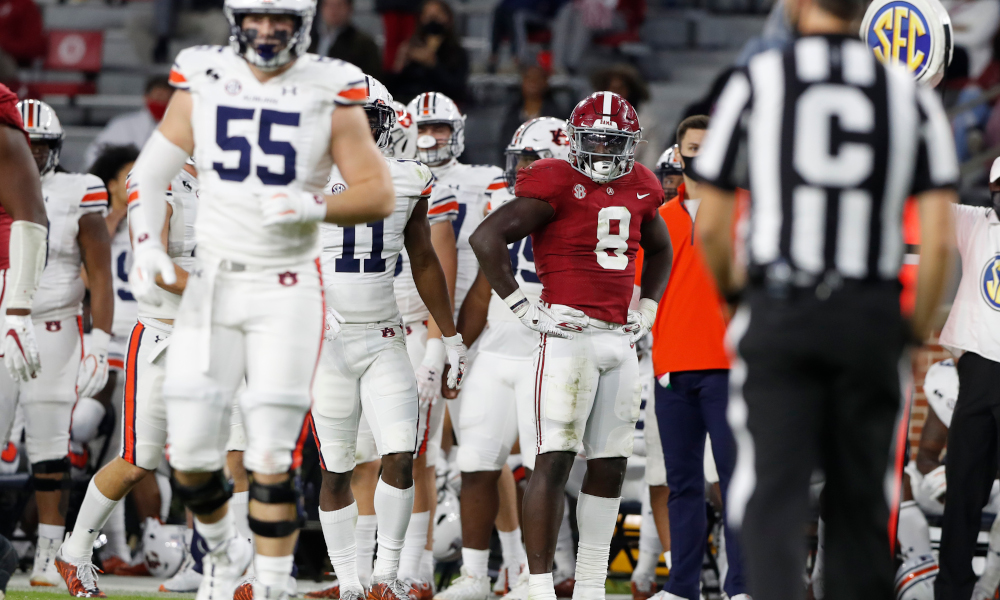 On last week, Alabama football defeated Arkansas without two of its best players.

Evan Neal, a sophomore at offensive tackle, did not travel with the team.

According to respectable sources, yours truly of Touchdown Alabama Magazine was informed on the right tackle being in contact tracing. It was the lone game Neal missed all season and prior to it, the former five-star had been on a unit that produced 40-plus points in eight straight matchups.

Christian Harris, a sophomore at inside linebacker, sustained a shoulder injury in the first quarter.

He did not return to action and Jaylen Moody (junior) had to replace him.

Neal and Harris have both practiced this week.

For Neal, Nick Saban is ‘hopeful’ that he will continue to make progress and be available for the game. As for Harris, his shoulder issue was not as bad as what many had thought upon it happening.

“Christian Harris did everything in practice today,” Saban said on Wednesday. “We’ll have to wait and see.”

He said both players are ‘questionable’ to some degree, but he hopes to have both for Saturday’s meeting against Florida in the Southeastern Conference Championship Game.