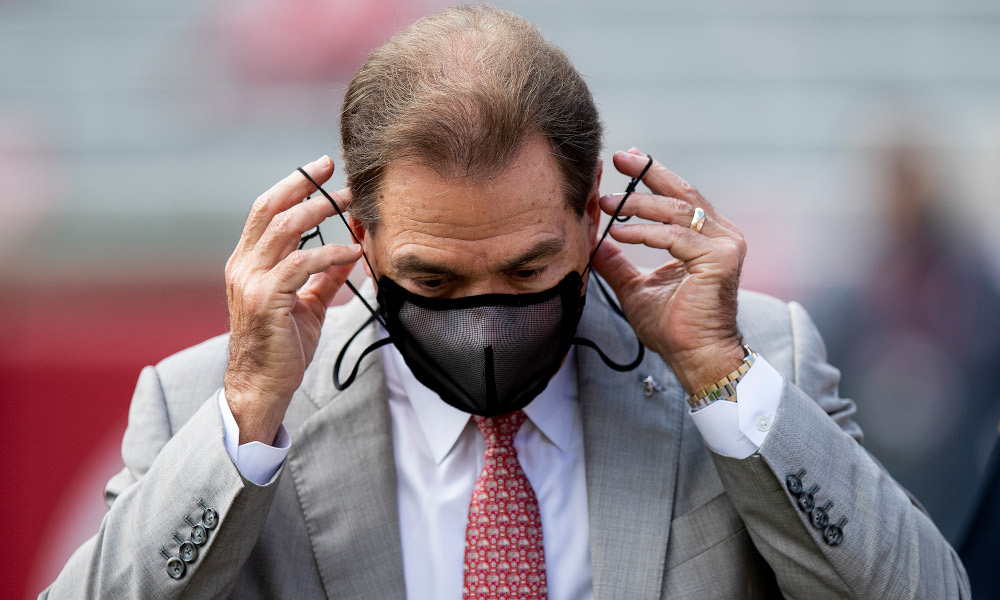 He’s had a hip replacement and suffered mild Coronavirus symptoms, but nothing has slowed Nick Saban down.

At 69 years old, the six-time national champion is at the top of his game. He has coached an undefeated team through a COVID year in the regular season and has it playing for a Southeastern Conference championship.

Before it battles Florida on Saturday, Saban brought the Crimson Tide and its fan base a top-ranked freshmen class for 2021 on the early period of National Signing Day. He is still making an impact for the program and upon being asked about retirement in his presser for the SEC Championship Game, Saban simply laughed it off as he’s focused on another national title.

“If I thought my presence here was not something that was positive for the University of Alabama or with the program, with the players, then I’d say it would be time not to do it anymore,” Saban said Thursday on how long he may continue to coach.

He credits his coaching staff and players for all the success, especially the student-athletes that buy into creating major value for themselves in life and athletics. Others may be concerned about the future, but Saban has trained himself to look at the present.

“Well, I’m excited about the opportunity that we have in front of us,” he said. “Obviously I love doing what I do, and want to continue to do it for as long as I feel like I can contribute in a positive way to the program. That’s about the only plan I have for the future.”

He is the same age that Paul W. “Bear” Bryant was when he retired after the 1982 season.

Bryant won six national championships with the Crimson Tide. Saban, on the other hand, is going after his seventh title to surpass Bryant.

He missed the 85th Iron Bowl versus Auburn, due to mild COVID symptoms, but the fight of his players and Steve Sarkisian’s discipline paced Alabama to a 42-13 victory at Bryant-Denny Stadium. The win made Saban very happy and he does not see his time ending yet.

A window of more championships remains open and he is set unleash more dominance.

Saban is not thinking about retirement and Tide fans are thrilled.