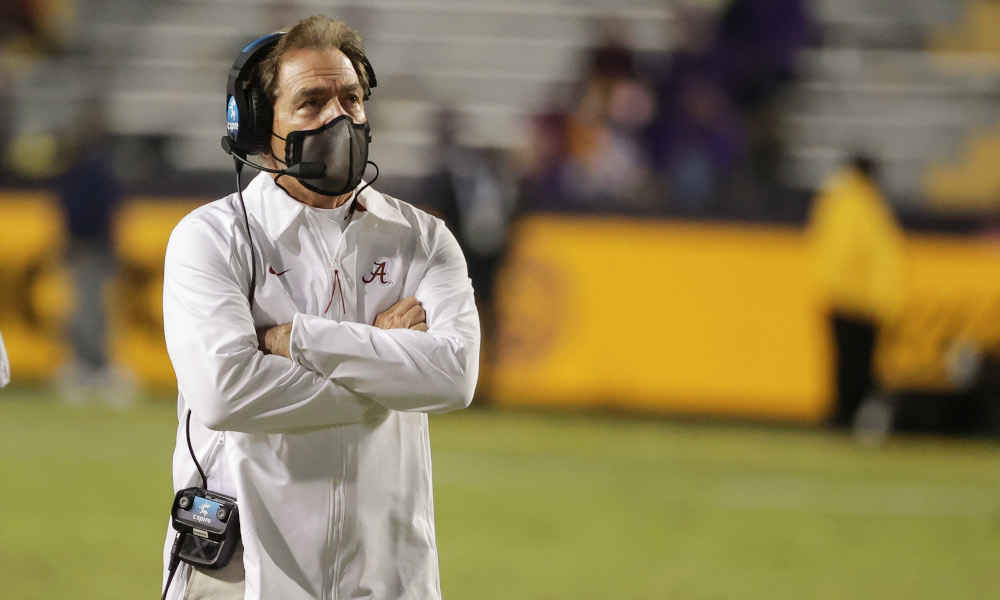 None of what Ed Orgeron of LSU Tigers said last year has paid off.

After it defeated the University of Alabama for the first time since 2011, Orgeron told his team at midfield that Bryant-Denny Stadium was its house from now on and how the Tigers would beat the Crimson Tide in everything moving forward.

Nick Saban had a lot of time to think on Orgeron’s words and this season was a different outcome. Alabama handed the Tigers its worst loss in the rivalry since it started in 1895.

Saban and the Tide dominant LSU, 55-17, at Tiger Stadium and Orgeron had an epic meltdown on the sidelines. The waxing of LSU in Baton Rouge came back to hurt Orgeron in recruiting — the area he stated victory over Alabama.

On Wednesday, the first of two signing periods started and the Tide claimed the No. 1 class in the nation.

Of its 24 signees, Saban flipped two athletes away from Orgeron.

Earle and Koht were two of the top recruits on LSU’s board and losing both to Coach Saban really angered the Tigers fan base. When it comes to the motivation of beating another head coach in recruiting or flipping players from other schools, Saban said he doesn’t focus on what other programs do on the recruiting trail.

*Saban on Tide not being concerned with other schools on recruiting trail at 8:48 mark

“We don’t talk about other schools in recruiting,” he said. “We don’t get stimulated or whatever by what they say or do.”

He is more concerned about making sure the players that signed to Alabama have the tools necessary to be successful on the field, in the classroom, in the community and in life.

However, it must feel good to continue a dominant statement from the field to the recruiting cycle against a program that spoke much trash after last season. Saban likes the group he has assembled, despite the COVID pandemic, and he is excited to work with them.

For now, he attention turns to battle Florida for an SEC Championship.