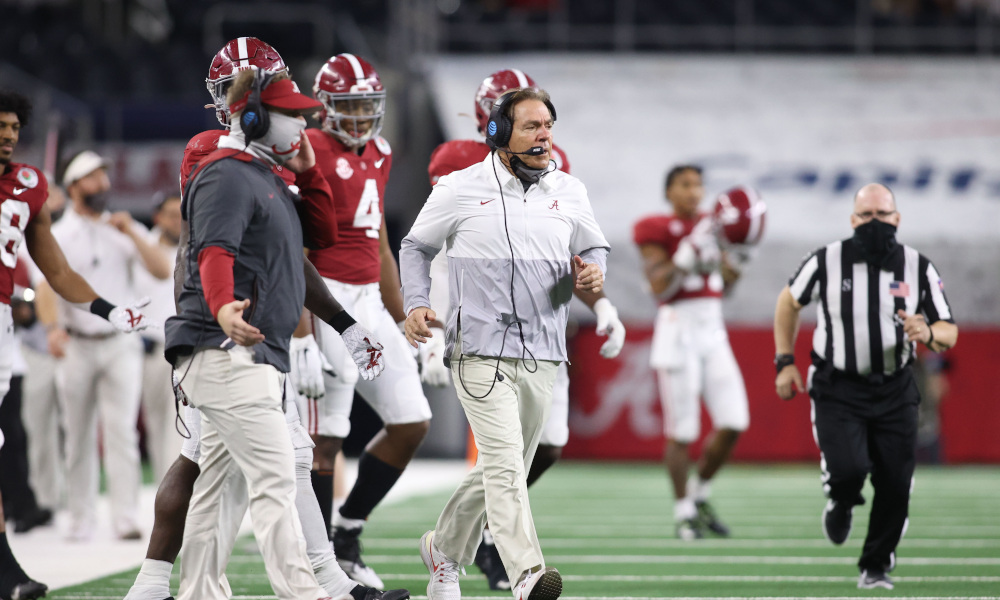 The 2020 college football season will end at HardRock Stadium in Miami Gardens, Fla.

Two story-filled programs have made it to the College Football Playoff National Championship Game, in representing the Southeastern Conference and Big Ten Conference.

Both schools are undefeated and while Alabama has played in five more games, Ohio State has earned its way here too. With emotions running high in South Beach, one of the most influential people within the state of Alabama took time to wish the Crimson Tide well as it faces the Buckeyes at 7:00 p.m. CT on Monday night.

Kay Ivey, the 54th Governor of Alabama, took to Twitter and posted that she is rooting for Nick Saban and company in ‘Sweet Home Alabama.’

Good luck to @AlabamaFTBL as they compete in the #CFBPlayoff #NationalChampionship tonight! We’re rooting for you guys in Sweet Home Alabama. #RollTide

For Saban, he is going after his seventh national championship. Should he win, he would have the most of any head coach in college football. When it comes to the Tide, the school is looking for its 18th national title. The 2017 signing class is also trying to cement its legacy as the greatest bunch to come through the program. Will Alabama conclude its campaign with a huge coronation?

We will all find out soon enough.