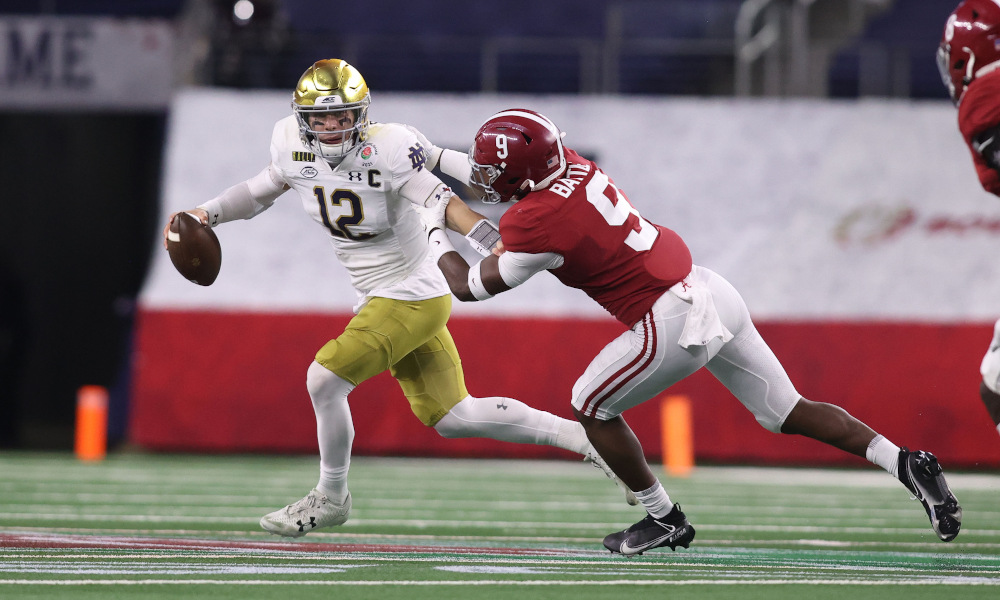 It was only fitting for Alabama’s last hype video for the College Football Playoff National Championship to feature a player from South Florida.

Names like Patrick Surtain II, Josh Jobe or Mac Jones would have worked, but the Crimson Tide chose Jordan Battle.

A sophomore from Fort Lauderdale, Fla., Battle was a star at St. Thomas Aquinas High School prior to signing in the Tide’s 2019 recruiting class. The scene of the video had the former four-star on the beach as he observed the tide.

As a young athlete, he would run, practice and probably played pick up on the beach.

In watching the water rise and fall, it shaped Battle’s outlook on where he wanted to attend college. After viewing the water as a child, his decision to chose the Crimson Tide was not difficult for him.

He’s totaled 63 tackles in his second year and has three tackles for loss, four pass breakups, one interception and one touchdown.

The beaches of South Florida grew him to become a man, and now he returns to play for a national title. Battle looks forward to making huge plays versus Ohio State on Monday night at HardRock Stadium.