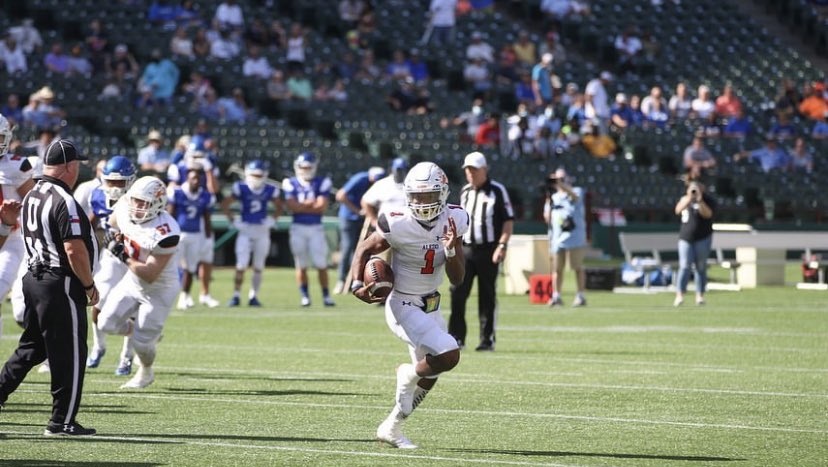 Earle finished the game with 224 total yards and one touchdown to help Aledo defeat Crosby 56-21. The Alabama signee carried the football 12 times for 91 of his total yards. His other 133 yards came as a wide receiver as he pulled in six receptions.

Crosby jumped out to a 7-0 lead over Aledo in the first quarter. Earle got Aledo on the board with a 74-yard touchdown reception to tie the game.

Jojo Earle!!!! The @AlabamaFTBL commit with a huge catch and gets @Aledo_Football on the board!! @jojoearle1 pic.twitter.com/dQXZns4hJa

The Bearcats went on to capture their tenth state championship in school history with the win, which is more than any school in Texas history.

“He has grasped an understanding of the craft, not just going out and running routes but understanding how to set routes up, how to make moves at the top of the route, and how to create separation,” Hooks added. “JoJo is also very deceptive. When you see him live, you notice how smooth he is. I compare him to a luxury vehicle. It does not look like he is moving, but in reality, he is flying. He makes everything look easy with his vision and with his ability to make lateral adjustments in mid-stride. There are some things that we have worked on, but a lot of it is just a gift that he has.”

Alabama is expected to get Earle on campus in the summer.