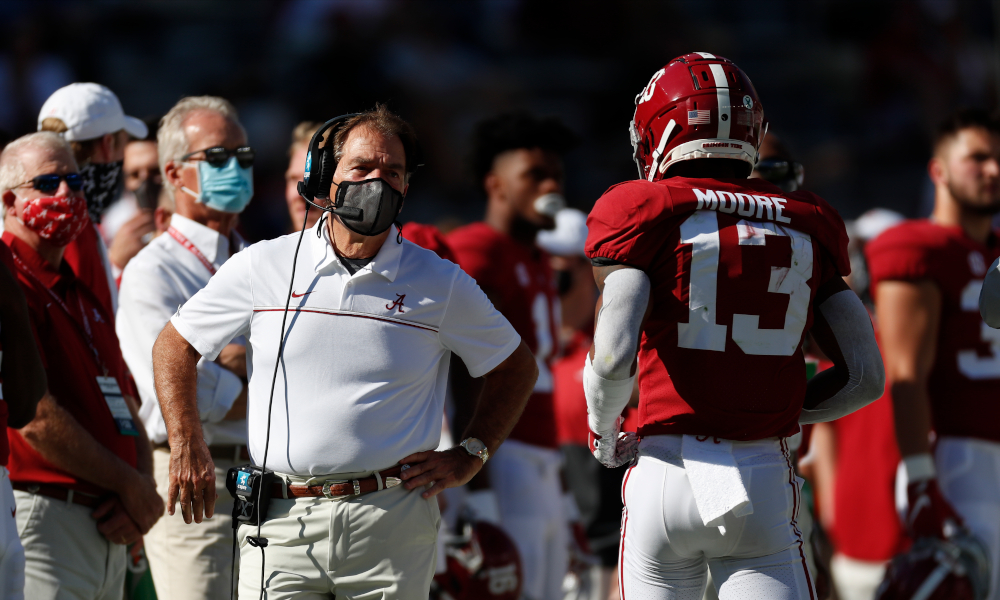 A lot will be expected from Malachi Moore next season.

He led the Crimson Tide’s secondary with three interceptions.

These guys got next 💪😤

Which of @RJ_Young‘s defensive breakout candidates are you most excited to see take the field next season? pic.twitter.com/KHtAKnBx6K

He allowed one touchdown reception against him all season and was named second-team All-SEC for his efforts. Moore would also grab SEC All-Freshman team and Freshman All-American honors from the Football Writers Association of America.

Despite missing games versus Notre Dame and Ohio State, the Trussville (Ala.) native did enough to make national media account for him. He was one of four players to win Outstanding Defensive Performer from Alabama’s coaching staff at the team’s annual awards banquet in Birmingham.

Moore was exceptional at slot cornerback or star (nickel), but the two legends he’s often compared to were both safeties.

Does the Tide transition him to the spot that made Minkah Fitzpatrick and George Teague big leaders?

This remains to be seen. For now, Moore returns as arguably the best player in the defensive backfield.