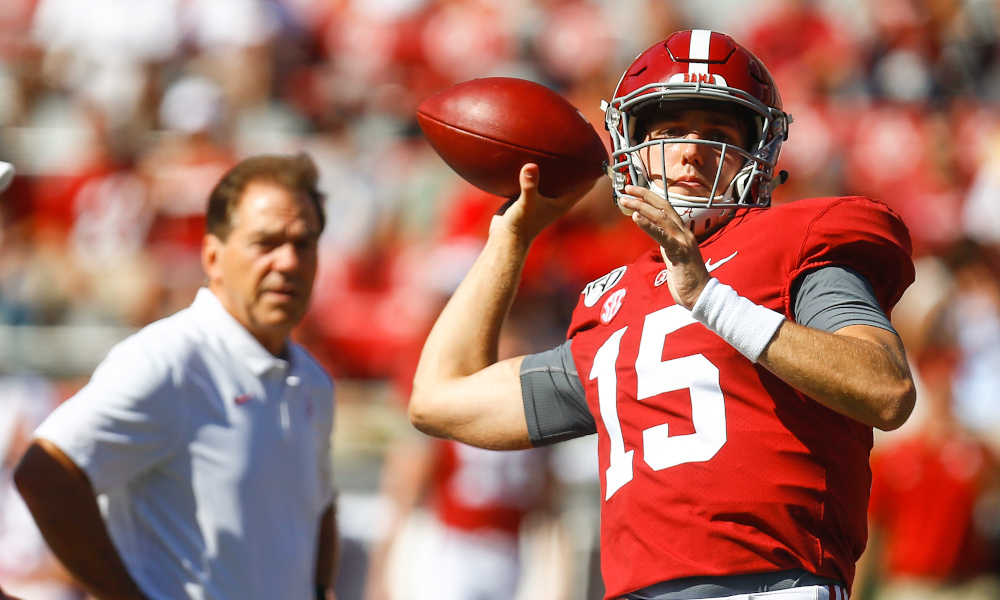 Each offseason opens up new avenues for competition all across Alabama’s roster. With the Tide sending another talented group to the NFL Draft, there are multiple key positions to fill and lost production to be made up heading into next season.

One of those vacant areas on the depth chart is the quarterback position, which is somewhere that’s stirred up a great deal of conversation and attracted many eyeballs to the competition in Tuscaloosa over the past few seasons.

This offseason is no different, as sophomore Bryce Young, and redshirt sophomore Paul Tyson are expected to be in the main competition for the role. Young will likely head into spring practice as the presumed starter especially with his pedigree as one of the highest-rated recruits Alabama has brought on campus.

But there are believers in Tyson, who is the great-grandchild of legendary Alabama head coach Paul “Bear” Bryant. One believer is former Alabama defensive lineman Rudy Griffin, who’s known Tyson since high school, offered his own perspective on Tyson during an appearance on the “In My Own Words” podcast.

“Man, he’s a natural born leader, I mean he’s a leader of men,” Griffin said. “That’s some of the stuff you can’t see on film. I mean everybody can see that he cant spin it. I mean in my opinion he’s got one of the strongest arms in college football, which is evident in the film we’ve all seen. He threw the ball 80-something yards just standing there.

No matter what the context is, if someone is compared in any way to Tom Brady and Drew Brees that player is in solid company.

So far in his career Tyson hasn’t been able to demonstrate his elite leadership qualities much during in-game situations. The Trussville, AL native is yet to attempt a pass during his two seasons with the Crimson Tide, but with the quarterback situation up in the air, Tyson will look to fill the stat sheet and become a starter this season.