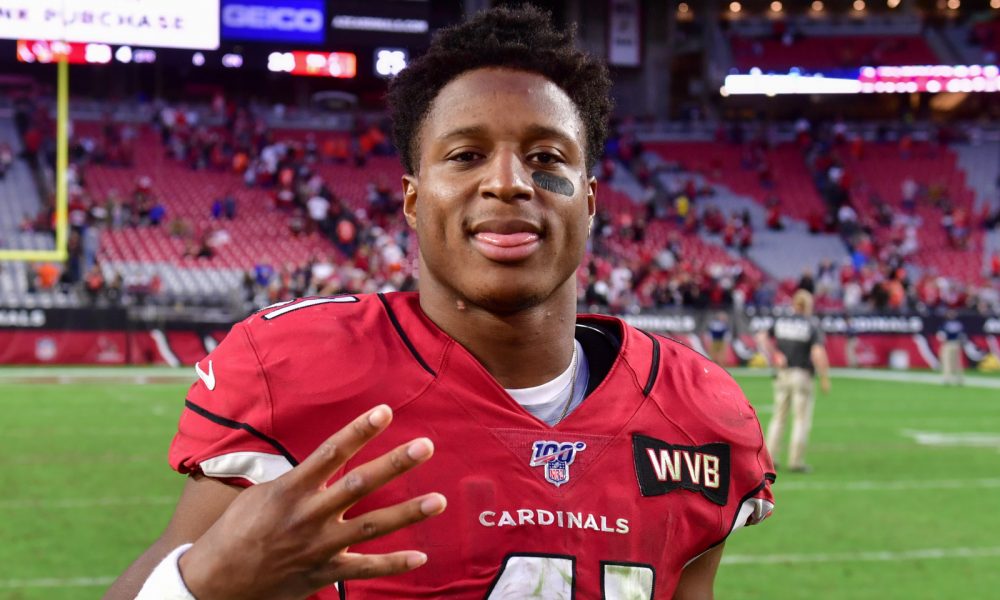 Kenyan Drake is heading back to the AFC.

After spending 23 games with the Arizona Cardinals, the former University of Alabama running back has signed a two-year contract for the Las Vegas Raiders.

On Thursday, Ian Rapoport and Tom Pelissero of NFL Network reported the news.

Drake’s deal is worth $11 million, but he can make up to $14.5 million with incentives.

It’s a two-year, $11 million deal with the #Raiders for Kenyan Drake, who can earn up to $14.5 million with incentives, per source.

A native Georgian, he was selected in the third round of the 2016 NFL Draft to the Miami Dolphins.

He played in 54 career games — 16 starts — from 2016 to 2019, totaling 1,532 rushing yards, 936 receiving yards, and 15 total touchdowns. Drake was traded to the Arizona Cardinals on Oct. 28, 2019, for a conditional sixth-round pick. He posted 1,598 yards rushing in two seasons with the Cardinals, including a performance of 955 yards rushing with 10 scores in 2020. Drake will join Josh Jacobs and Henry Ruggs III as the third former Crimson Tide skill player on the Raiders’ roster. He is a big-time speed player, and Jon Gruden loves speed.