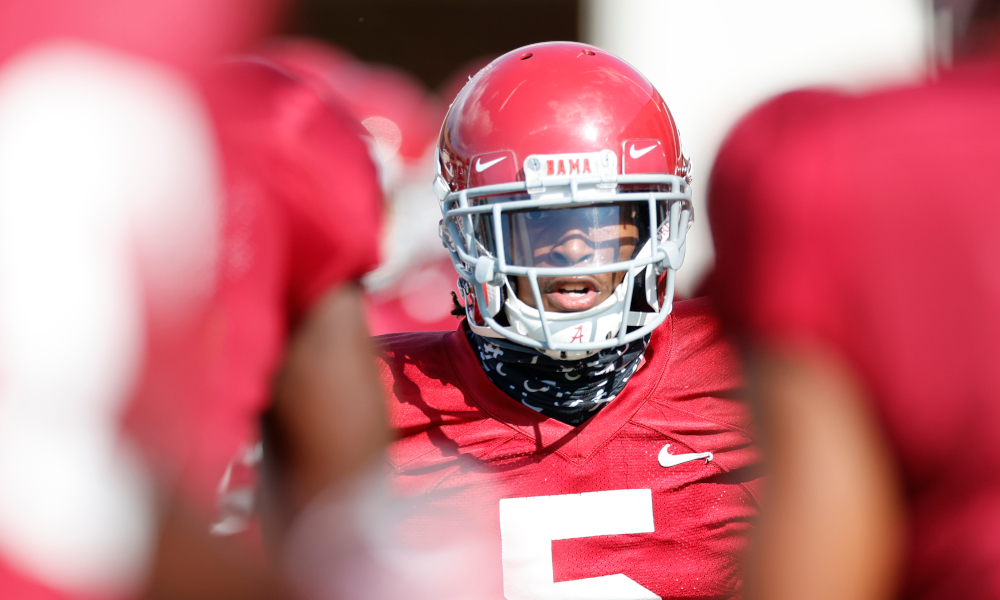 This spring is important for Javon Baker and Xavier Williams for Alabama on offense; however, it is now or never for Jalyn Armour-Davis to secure a starting job on defense.

Nick Saban has recruited so many defensive backs since 2017 that fans of the Crimson Tide forget Armour-Davis is on the roster.

RELATED: Chad Johnson “f-cking loves” DeVonta Smith and believes he has the “IT” factor to be special

He came in the 2018 signing class with Patrick Surtain II and Josh Jobe. Surtain and Jobe possessed a lot of abilities, but there was something about Armour-Davis that drew Saban to him. A native of Mobile, Ala., the former four-star had the size, speed, length, athleticism, and ball skills to be an elite cornerback.

He was not only one of the top players in the state of Alabama, but Armour-Davis was also one of the best corners in the 2018 recruiting cycle. He assisted St. Paul’s Episcopal High School to its third Class 5A state championship in four years in 2017. The 6-foot-1, 192-pounder was set to become a star as a true freshman, but a serious knee injury forced him to redshirt before the season started. He’s totaled four tackles and two pass breakups through 18 games in the last two years; nevertheless, Armour-Davis has not provided the impact he wants to.

According to respectable sources, yours truly of Touchdown Alabama Magazine has learned the junior is getting a chance to start at cornerback.

He is working opposite Jobe this spring, and it may be the final opportunity for Armour-Davis.

Coach Saban is trying different combinations in the secondary, but Armour-Davis is in the starting group. If he can lock down a spot, then it opens more options for the Tide to get its best athletes on the field. He has had three recruiting classes pile on top of him, but Armour-Davis has pushed his way into this situation.

Hopefully, he will win the job and turn in a successful campaign in the coming fall.