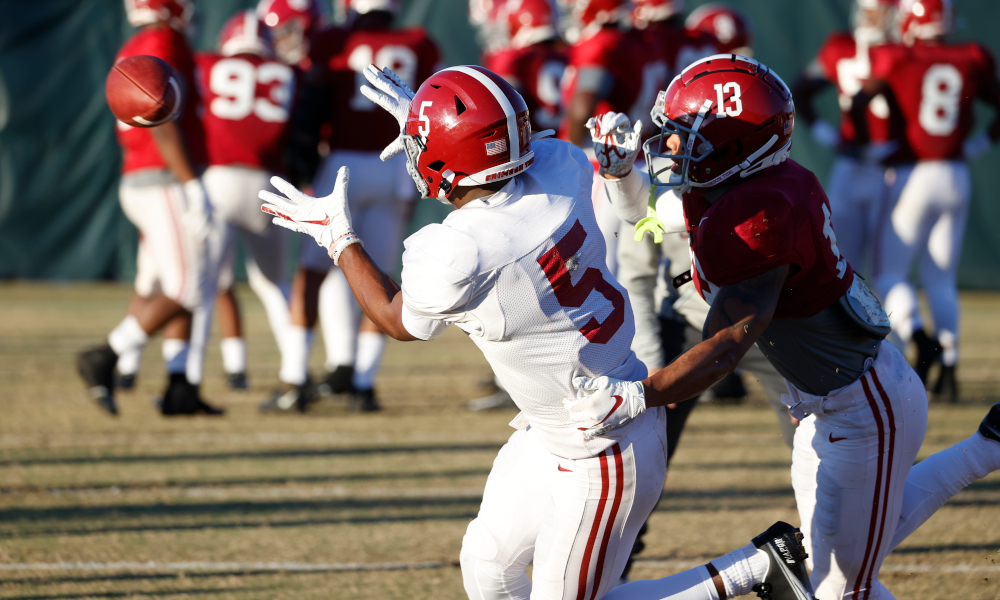 John Metchie, a junior at wide receiver, was one of the players named. According to respectable sources, yours truly of Touchdown Alabama Magazine has learned the former four-star has been dealing with an ankle/hip issue.

He played through pain versus Ohio State in the College Football Playoff National Championship, catching eight passes for 81 yards in helping the Crimson Tide capture a 52-24 victory. Metchie finished second on the team for receptions (55), receiving yards (916), and touchdowns (six) in 2020.

Coach Saban said none of the injured players will have their time affected on the field; however, it provides other guys a chance to get acclimated.

Javon Baker, a sophomore from Powder Springs, Ga., has an opportunity to secure more playing time in the fall.

Blocking is the lone area keeping him from getting a permanent spot on the field.

If he can be engaged when he does not have the ball, Baker will see a lot of action in the fall. When receivers are not catching passes, Saban wants them blocking defenders.

Whether it’s in the run game or springing a fellow receiver for a huge gain, Saban looks for his playmakers to be all-in for the team. Baker arrived as a marquee four-star recruit in 2020, and the buzz he created during the summer led to Tyrell Shavers transferring. People wanted him to emerge last year, but the team guided him slowly because of the Coronavirus pandemic.

RELATED: Alabama’s Matt Rhea not concerned with imitators, feels “no one can do us better than us”

Last season, Baker caught two passes for 15 yards in nine games. Now, it is time for him to show what he has learned.