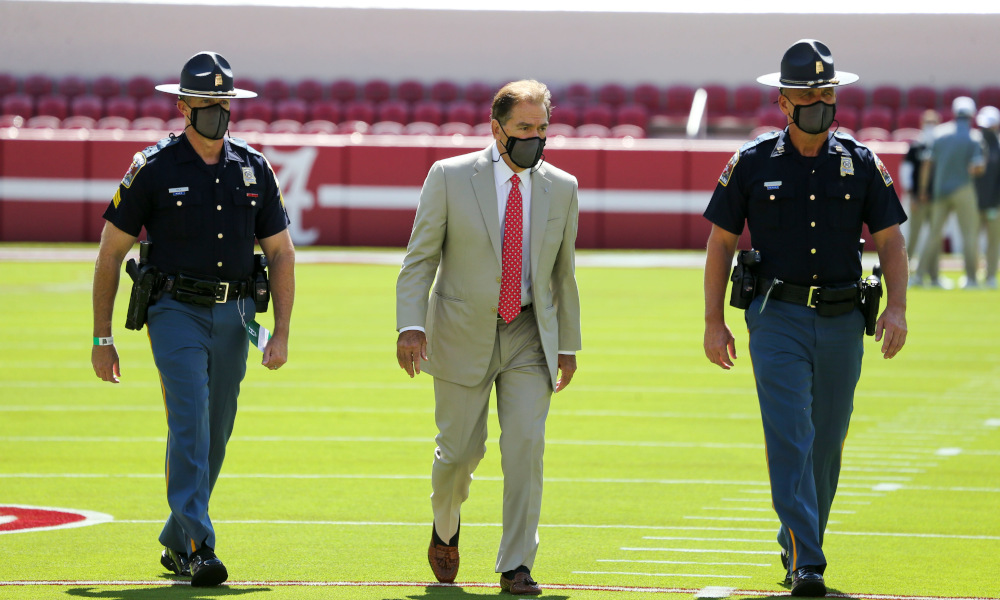 He was able to put a new staff together for the fall, but Nick Saban is about to lose another assistant coach.

Jay Graham was hired to the University of Alabama in February to coach tight ends and special teams. He came over from the University of Tennessee, where he coached running backs in 2020. Graham has experience with tight ends and special teams, and Saban raved about him after the Crimson Tide’s first practice of the spring semester. According to a report from Aaron Suttles of The Athletic, Graham is expected to leave the Alabama program by the end of the week. No one knows the reason behind it.

Per respectable sources, this news was confirmed to yours truly of Touchdown Alabama Magazine.

Graham, 45, is an exceptional recruiter who started his coaching tenure in 2005. He played running back at Tennessee and has coached at South Carolina (tight ends and backs) and Texas A&M (running backs). Graham not only has a footprint in the Southeastern Conference, but he also won a BCS National Championship at Florida State in 2013. He coached running backs that season under Jimbo Fisher and operated special teams from 2014 to 2017.

It will be interesting to see how Saban goes about replacing Graham.