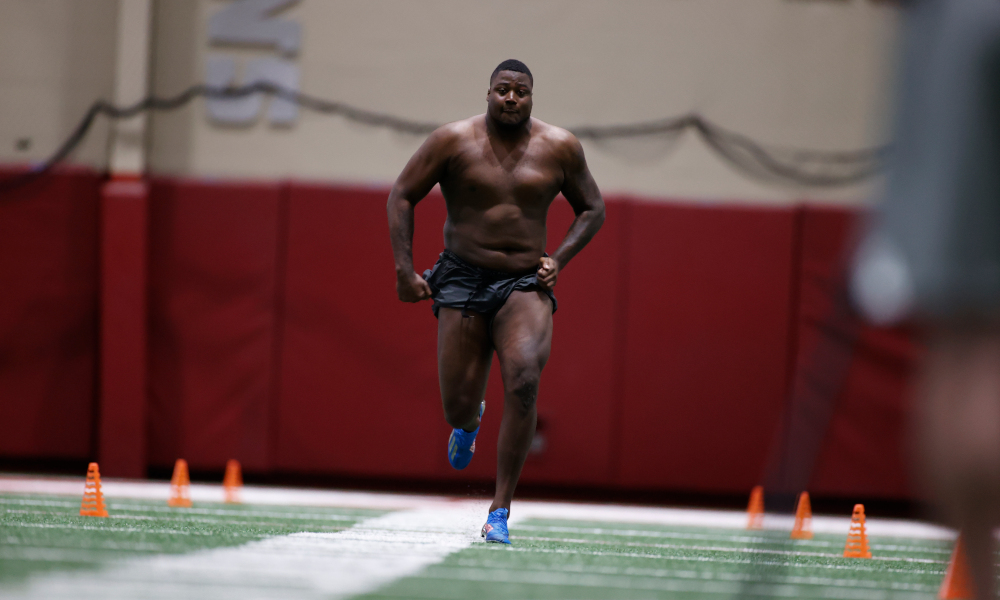 Alabama fans loved his energy during the last two seasons, but it was Christian Barmore’s speed that made him a force.

After being a contributor in the rotation in 2019, Barmore was a star on the Crimson Tide’s defensive line in 2020. He recorded 37 tackles, 9.5 tackles for loss, eight sacks (team-high), six quarterback hurries, three pass breakups, and three forced fumbles (team-high). His output for sacks ranked him second in the Southeastern Conference, and he earned first-team All-SEC honors from the league’s coaches and Associated Press. Barmore finished his career with 15.5 tackles for loss and 10 sacks.

RELATED: Nick Saban explains why NFL teams will ‘fall in love’ with Mac Jones after a strong Pro Day workout

His quickness and explosive maneuvers made it difficult for offensive linemen to block him.

NFL teams and media pundits saw this first-hand on Tuesday at Alabama’s Pro Day. According to Jim Nagy, the Executive Director for the Reese’s Senior Bowl, Barmore turned in times of 4.93 and 4.95 seconds in the 40-yard dash. The 6-foot-4, 310-pound defensive lineman had a 40-time that equaled Marcell Dareus from 2010. Dareus, an alumnus of the University of Alabama, ran a 4.93-40 at the NFL Scouting Combine. He got selected in the first round (No. 3 overall) of the NFL Draft by the Buffalo Bills at 6’3″ and 319 pounds.

Quinnen Williams was the fastest (4.83 seconds) at the combine for former Tide defensive linemen, but Barmore’s time should continue the conversation of him being a first-round selection next month.