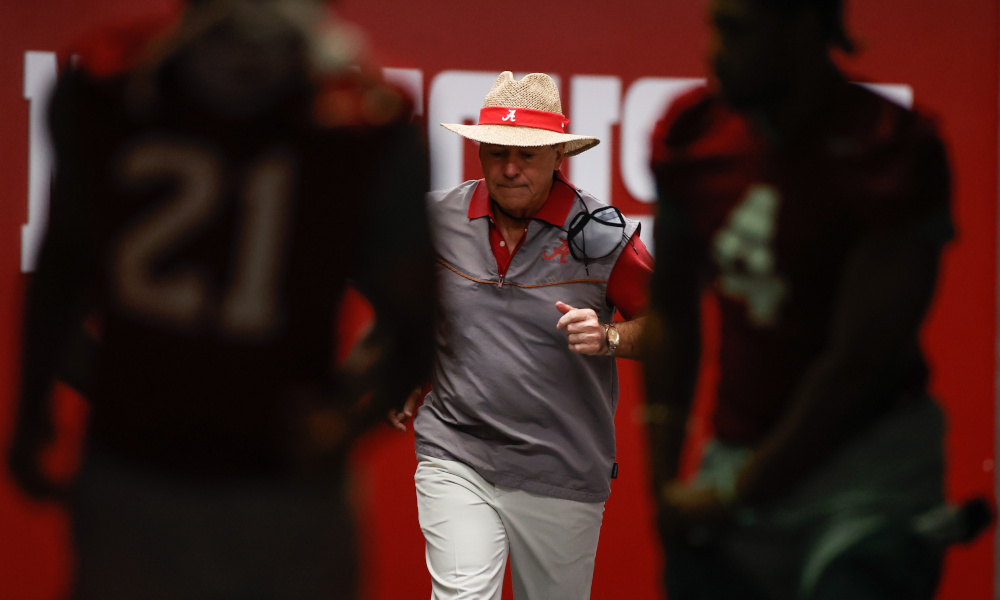 People have been saying gone are the days of elite defenses winning national championships in college football; however, no one paid much attention to the conversation.

On Friday, the ears of everyone perked up as Nick Saban addressed the topic in a presser. Since his coaching career started in 1973 as a graduate assistant at Kent State University, Saban has been known for defense.

He is not one to develop quarterbacks or train receivers to be top-tier players, but he can set defense in motion — especially a defensive secondary. Saban improved on his craft in the National Football League under Bill Belichick and has perfected it as a head coach — winning seven national titles.

RELATED: Evan Neal is working some at left tackle as Alabama tries to find the right combination

It was once a run-heavy, defensive sport, but football is now a speed and space game. The analytics have given offensive-minded coaches more ways to attack defenses, and the other side of the ball is trying to catch up. Saban captured his seventh national championship last season with an offense that averaged 48.5 points per game. Alabama’s defense got better as the season went on, but its offense led the charge.

The traditional Tide fans and media pundits were not used to this, so there was an attack on Pete Golding as a defensive play-caller. Alabama led the Southeastern Conference in scoring defense, but some were still upset.

According to a video from Michael Cauble, Saban stated college football has changed and one needs more than defense to accomplish championships.

Nick Saban talks about having to adapt to new rules and not being able to win with just playing good defense and running the ball in today’s game.

“We have a good defense,” Saban said. “We gave up 19 points a game last year, and that was first in the SEC. 19 points a game … That is six points above what we think is average, which is giving up 13 points a game. And it was first in the SEC. So, the game is different now. People score fast. The whole idea … Like I grew up with the idea that you play good defense, you run the ball, you control vertical field position on special teams, and you are going to win. Whoever rushes the ball the most for the most yards is going to win the game. You are not going to win anything now doing that. The way the spread is, the way the rules are to run RPO’s, the way the rules are that you can block downfield and throw the ball behind the line of scrimmage, those rules have changed college football. No-huddle, fastball has changed college football. So, I changed my philosophy about five to six years ago. When Lane [Kiffin] came here, I said we have to outscore them.”

The great ones change with the times. Traditional Tide fans saw it with Paul Bryant, and they are seeing it more with Saban.

RELATED: Bryce Young ‘a little ahead’ of everyone else in Alabama’s QB room, according to Nick Saban

Does it mean Alabama will cast its defensive teachings to the side? No, but it shows that Saban is aware of where is the game is.

The Tide will have a “bend but don’t break” approach on defense, and that is fine. This style won it a national title, and as long as it can create stops when it needs to, Alabama will succeed on defense.