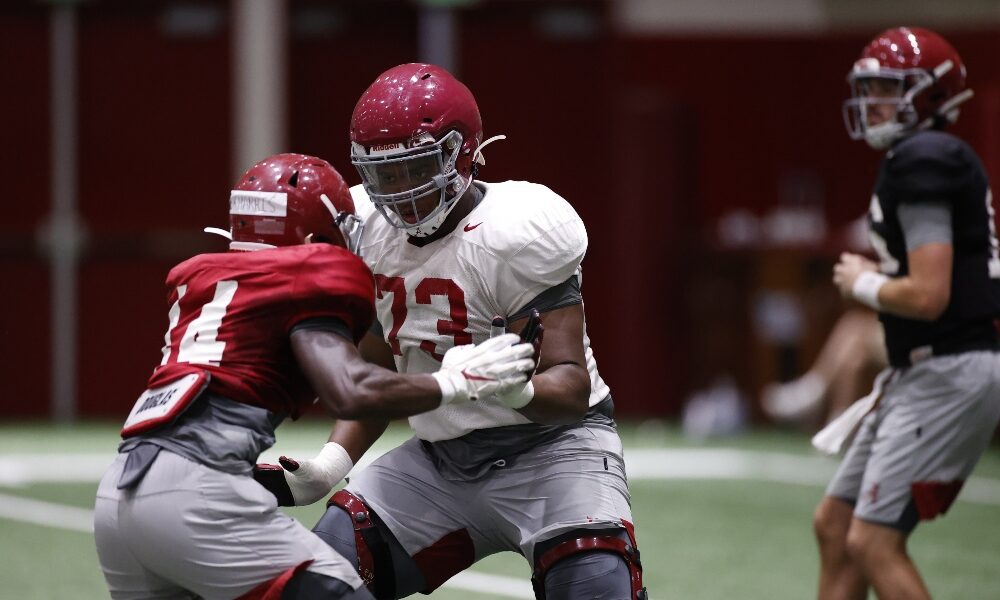 After having one of the best offensive lines in all of college football a season ago, Alabama is tasked to retool and rearrange a unit that has lost some of its key leaders.

With left tackle Alex Leatherwood, guard Deonte Brown and center Landon Dickerson gone to the NFL the door has been opened for a number of new and old faces to fill in. One player who’s no stranger to be implemented across the line is junior lineman Evan Neal.

Neal began his Alabama career as left guard where he started every game his freshman year and followed up moving to right tackle during his sophomore season in 2020.

Now, the big man may be on the move again this time to left tackle where he was originally recruited to play at the high school level.

Neal confirmed that he was doing some work at the blind side at practice during the player availability period on Friday. Although he has seen time on the opposite side, he still believes Alabama and new offensive line coach Doug Marrone will continue to shift him and other players to find the right mix.

“Coach is just trying to find the best spot for me on the field.”