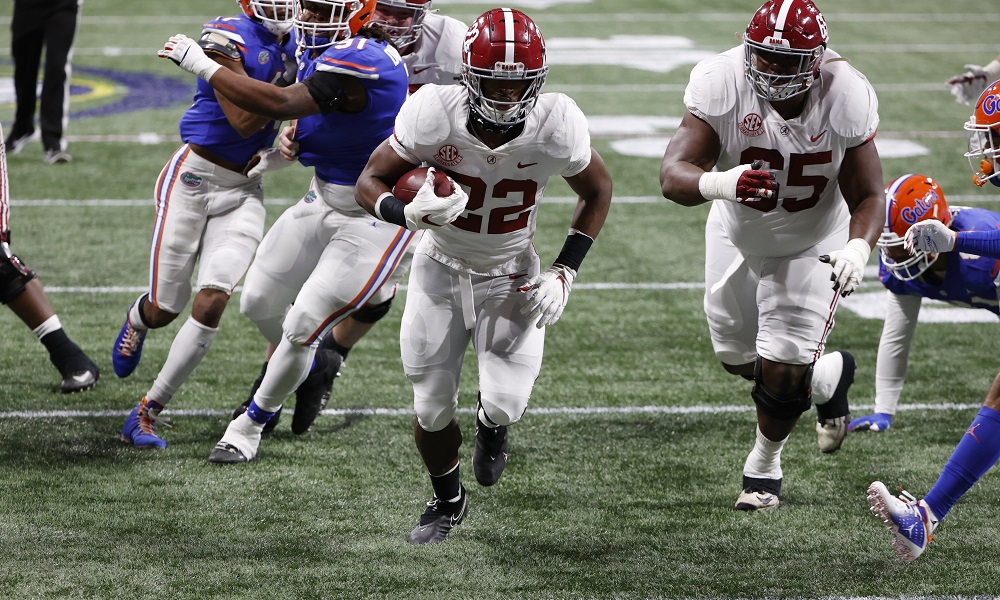 When he was not rattling off plays and sets ran by the San Francisco 49ers, Mac Jones spoke on Najee Harris, DeVonta Smith, and Jaylen Waddle to reporters on Monday.

He had a strong performance in Alabama’s first pro day, but Jones is prepared to dominate his final on-field interview for NFL teams on Tuesday. Harris came to support his teammates last week, but Jones said the former Crimson Tide running back will participate in the second pro day. He will more than likely catch passes from Jones after going through his positional workout.

RELATED: Mac Jones to the 49ers is becoming more of a possibility as Kyle Shanahan and John Lynch are attending Alabama’s second pro day

Jones has a script prepared for Smith and Waddle; however, both wide receivers are still undecided about participating.

Waddle told NFL Network a few weeks ago that he would run his 40-yard dash. Smith mentioned last week that he may likely conduct his own private pro day. It will be interesting to see what happens, but at least Jones will have Harris on the field with him.