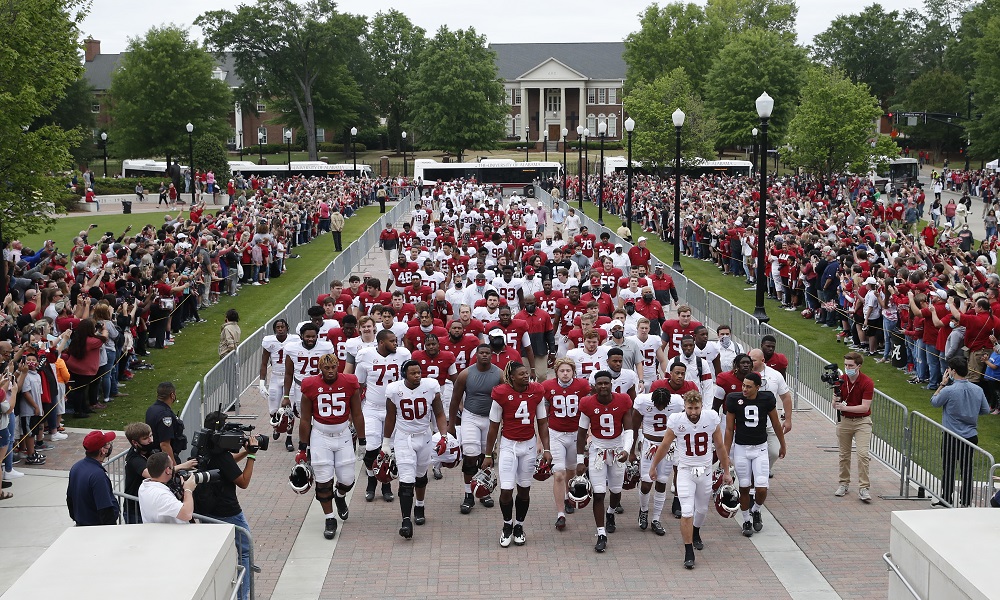 Pay for play is coming sooner than we think, especially for college athletes in the state of Alabama.

According to Steve Berkowitz, a sports projects reporter and editor for USA TODAY Sports, Gov. Kay Ivey has signed a college-athlete name-image-and-likeness bill into law. The news happened today, as Alabama is one of at least 10 states with this law.

The law is scheduled to take effect on July 1.

Alabama Gov. Kay Ivey has signed a college-athlete name-image-and-likeness bill into law, a spokesperson for her office says. The effective date is July 1.

This now makes at least 10 states with such laws. Florida’s, Mississippi’s, Alabama’s and New Mexico’s are set to take effect July 1, Arizona’s in late July.

At least 2 more states have bills on governors’ desks, including Georgia, where the effective date would be July 1. https://t.co/OondQDhgbq

Many conversations have been had about paying collegiate athletes, and it has grown with a new college football video game coming soon.

In April of 2020, the NCAA Board of Governors supported the rule change to allow student-athletes to be compensated for their name, image, and likeness. Pay for play is scheduled to take effect in the 2021-22 academic year.