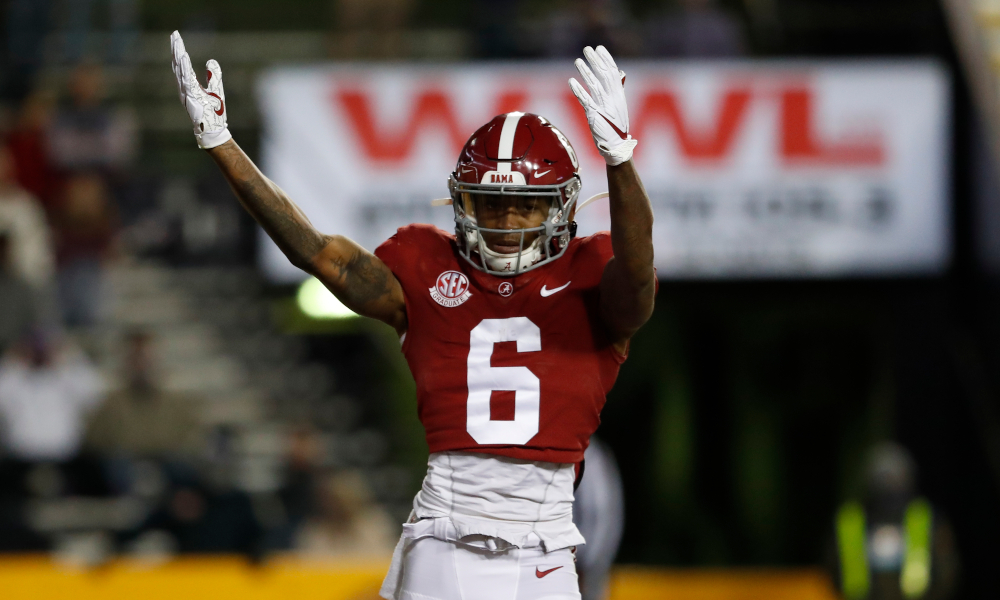 Week one begins on Thursday, Sept. 9 with the Dallas Cowboys facing Tampa Bay.

On Sunday, Sept. 12, we will have a few matchups that feature former Alabama football standouts. Philadelphia will travel to Mercedes-Benz Stadium in Atlanta to battle the Falcons.

The contest has Jalen Hurts against Matt Ryan, but it also presents the tandem of Julio Jones and Calvin Ridley versus DeVonta Smith. All three players are in the Crimson Tide record books for catches, receiving yards, and touchdowns.

It’s official! We’ll open our 2021 season on the road Sept. 12 against the Falcons at 1 PM.@Hyundai | #FlyEaglesFly

Jones, Ridley, and Smith all won at least one national championship with the Tide.

RELATED: Will Mac Jones and Tua Tagovailoa face off Week 1 of the 2021 NFL season?

It will be a fun matchup for fans, especially if the Falcons do not trade Jones.