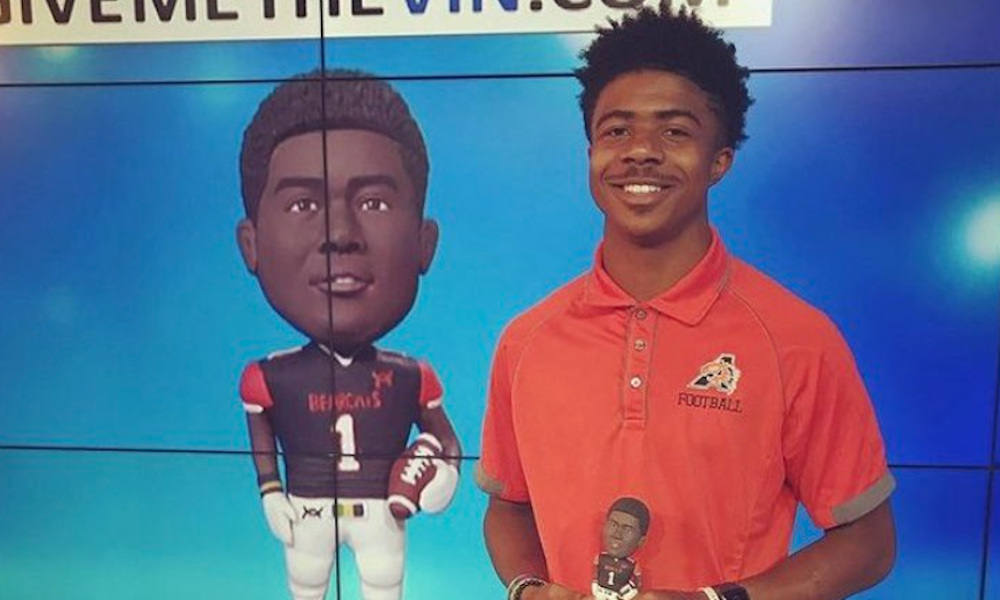 As we prepare to enter the summer, it is time to familiarize ourselves with some other freshmen via Alabama’s 2021 recruiting class. The summer enrollees will arrive on campus either late this month or early June. It can be difficult to come in and push for a starting job; however, these young athletes are fearless.

In this series, the staff writers for Touchdown Alabama Magazine will highlight the summer prospects that have the best opportunity to compete for early playing time in the fall for the Crimson Tide.

–Summary: Agiye Hall impressed Alabama fans on A-Day, but keep all eyes on JoJo Earle too.

After losing Jaylen Waddle to the NFL Draft, the Crimson Tide must locate an electric return specialist. This is where Earle can make his biggest impact to start his collegiate career.

During his time at Aledo (Texas) High School, he showed versatility as a wide receiver and return man. Earle has incredible speed in open space and possesses the quickness to frustrate defenders.

Christian Leary and Ja’Corey Brooks were both early enrollees; however, neither played in the spring game. Leary has big-play speed, but Earle may be the most complete player of the two.

In 2015, Calvin Ridley arrived on campus in the summer and became the best receiver on the team. He caught 89 passes for 1,045 yards with seven touchdowns and was a Freshman All-American.

Earle has the capability to have the same type of success that Ridley had six years ago. Alabama played DeVonta Smith, Henry Ruggs III, and Jaylen Waddle as freshmen. All three were smaller players, in terms of size, but were matchup nightmares for defenses.

The Tide has many bodies in its receiver room, but Earle brings excitement to the roster and fans at Bryant-Denny Stadium.