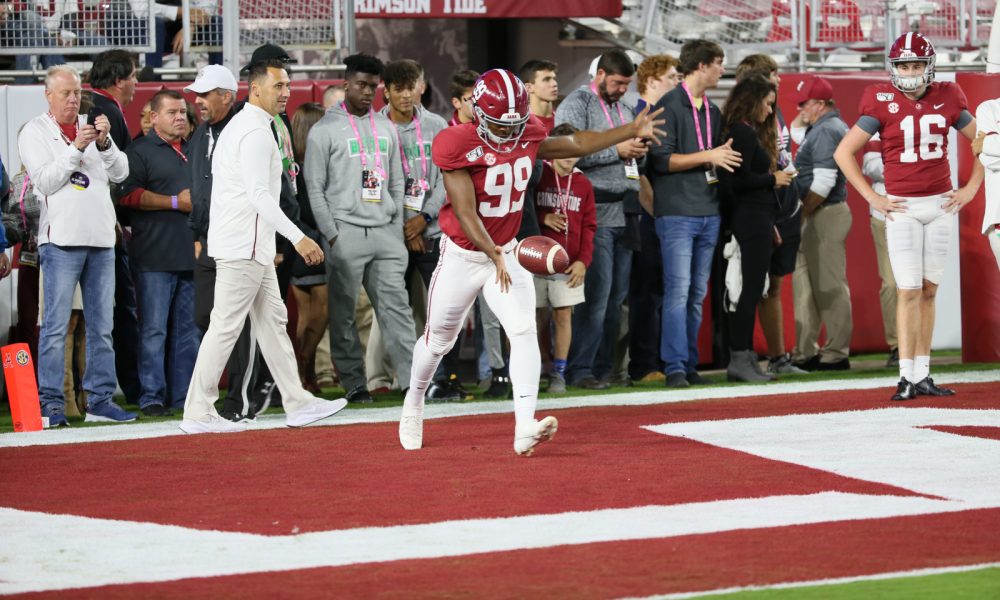 The eyes of Alabama football fans will be focused on marquee positional battles in fall camp.

It will be fun to track the progress of running backs, wide receivers, offensive linemen, and players on defense; however, the most intriguing competition may be on special teams.

Will Reichard, a junior, has the Crimson Tide secured for all field goal duties.

As the younger brother of an All-American, he transferred in from Air Force and averaged 39.2 yards per punt on 22 attempts. He dropped nine of his kicks inside the opponent’s 20-yard line and forced 15 fair catches. Scott helped Alabama secure a national championship, but he is no longer listed on the roster.

Perine, a junior from Prattville, Ala., did not see playing time last year.

He had an outstanding freshman season, as he took over punting duties versus Tennessee.

Perine played in six games and he averaged 44.7 yards per punt on 13 kicks. He totaled three 50+ yard punts and dropped two kicks inside the 20-yard line.

His excellence allowed him to be named to the Freshman All-SEC team, and he became a fan favorite. He has the ability to push the ball 50-60 yards through the air. All he needs is consistency on each attempt.

Martin, a transfer from Troy University, hails from Dothan, Ala.

Both players have strong legs, but which one gives Alabama the best consistency?

Fall practice will be the judge. Nick Saban requires excellence at all positions, and punter is not exempt.