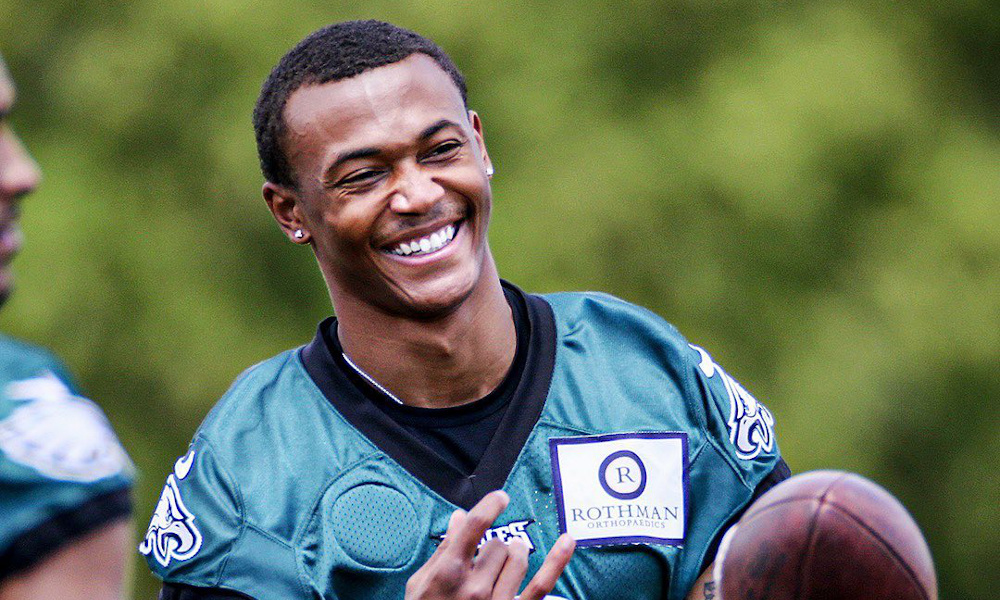 The 2020 Heisman Trophy winner has signed a rookie contract.

DeVonta Smith was selected at No. 10 overall of this year’s NFL Draft by the Philadelphia Eagles.

In trading with the Dallas Cowboys to get into the top-10, the Eagles got its wide receiver to put with Jalen Hurts. Smith led the nation last season for receptions (117), receiving yards (1,856), and touchdowns (23). He finished his senior year with 25 total scores and concluded his tenure as the Crimson Tide’s all-time leading receiver.

Smith totaled 235 catches for 3,965 yards and 46 touchdowns in four years. According to Tom Pelissero of NFL Network, Smith and the Eagles have agreed to a four-year deal.

The #Eagles have agreed to terms with No. 10 overall pick WR DeVonta Smith, per league source.

His contract is fully guaranteed and worth $20.1 million. He will collect a $12 million signing bonus and has a fifth-year option.

Smith will make $5 million as his base salary for this coming season. Five of the six players the Tide placed in the first round have signed pro contracts. Mac Jones is the lone one who has yet to sign a deal. He was selected at No. 15 overall by the Patriots.